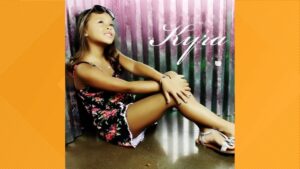 In a gun deal gone wrong, a 13-year-old is charged with fatally shooting his 14-year-old sister in an accident that happened while the boy was trying to stop someone from stealing one of his homemade guns.

On Saturday, Kyra Scott was killed outside her home by her younger brother, who was making money by manufacturing and selling so-called “ghost guns,” CNN reports. Two people arrived at the family’s home on Nov. 27 to purchase guns from the teenage boy.

But instead of paying for them, the two tried to take the gun and flee the scene. The 13-year-old attempted to stop them by firing a gun at them but mistakenly struck his sister in the process. Investigators believe the weapon the boy used is one he made himself.

Authorities have since arrested the 13-year-old and 19-year-old Yusef Jabryil McArthur El—one of the two people who showed up at the boy’s home to buy the homemade gun. The teenage gun-maker admitted to shooting his sister.

Kyra died at a gas station while others tried to get her to a hospital, WSB-TV reports.

Authorities say the young teen bought gun parts online and put them together to fund his black-market firearms business.

Kyra was a freshman at Lithia Springs High School, 11 Alive reports. The family had recently relocated to Douglasville from Gwinnett County. Right now, they’re working to keep her memory alive.

“She liked to dance with her two left feet,” Kyra’s grandmother Brenda Scott said. “Her older sister is the head dancer at her school and they were very close. They used to always have little dance competitions.”