Is your dog a sock burglar and are you constantly waiting for him to pull his next big heist? Has your dog turned his post-crime caper into a game he plays with you, chasing him around the house trying to get him to let go of a stolen treasure, like the Keystone Cops?

It doesn’t have to be that way. There are games you can teach your thieving pup that are also preventable security measures in themselves, so these alternative behaviors become part of our lives together instead of caper after caper. Check out these three games.

Start a history of trading objects with your dog as soon as you can and maintain trading up with him for life. (However, don’t harass a dog while they are eating a meal or chewing on a safe object.) During play with an object is when we can safely introduce trading up.

First, figure out what your dog’s favorite toy is and then get a second identical toy to begin trading with him. Also, figure out what food items you can use to trade up for toys and different items your dog has in his mouth. Will a biscuit work? Will it be worth trading for a sock to your dog, or do you need a piece of meat to encourage the trade to happen? Ask yourself and figure out, “What is my dog’s motivation? What do I have to motivate my dog?”

Trading up is simple: When your dog has something in his mouth that is of value to him, get something of greater value and trade up for it. The next time your dog takes something like a sock, get something to trade up. Then, instead of chasing your dog, get his attention and show him what you have to trade. At the exact moment your dog drops the sock he has in his mouth to take what you are trading for it with, mark that with the verbal cue “Drop it” and reinforce that with what you are using to trade up with as a reward.

The great benefit to always trading up is predictable outcomes. I know many dogs that when they have something in their mouths will run away. I also know a greater amount of dogs that have always been traded one object for another that do not run away, and out of those dogs there are a handful of them that will get something in their mouth and go to where the cookie jar is.

Repeat this as often as your dog is having fun trading one ball for another with you as you narrate the action with these two verbal cues. I have two rules with this game: The first is that we are always building a reinforcement history and the second is always having fun without frustration.

For some dogs, the first item may be of great value to them and they do not find motivation in taking an exact similar item in exchange from you. This is where you need to figure out what motivates your particular dog, meaning you have to raise the value of the item being traded for what is in his possession at the time. That means trying different types of values of food reinforcers/motivators (beef, chicken, fish and cheese, for example), so we understand what holds individual value to our dog.

Helpful hint: If you play fetch with your dog and he doesn’t drop the ball when he brings it back to you, use two balls and play the Drop it game mentioned above, but without the take it part, because it’s fetch.

Leave it is not a threat. “Leave it” is a promise that if you do not touch it, you get something else instead. There is zero need for intimidation (yelling, threats, scare tactics or startle effects) to teach a dog not to snatch something. “Leave it” is not about panicking, it’s about protecting your dog from possibly ingesting something that could harm him.

I teach “Leave it” as an initial way of allowing my canine students to learn about naturally occurring disengagement and reinforcement. When a dog disengages from the target object (in or underneath my one hand), I hen reward with something from my other hand (normally from behind my back). We progress to where I can drop an object and quietly request a dog to “Leave it” and he anticipates the following reinforcer. This association helps dogs learn if they do not touch it, they get something else instead.

Do not snatch things from dogs — this is not so much a rule but an ideology. If we never snatch anything from a dog, and we always trade up, the dog will never feel the need to avoid us when he has something that he shouldn’t. We will also have a history of trading up with our dog for objects, and our canine learner will associate this behavior with us instead of escaping from us after his next big heist. By doing this we will prevent stealing and running from ever happening at all, and our dogs may even anticipate trading up with us and reliably do so for life.

LEAVE IT VS DROP IT

Vancouver storm: A state of emergency has been declared in British Columbia

Lawmakers push back on crypto provisions in Infrastructure Bill 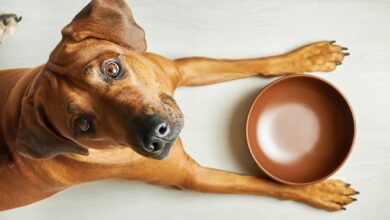 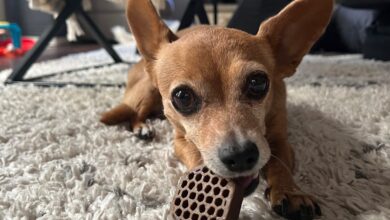 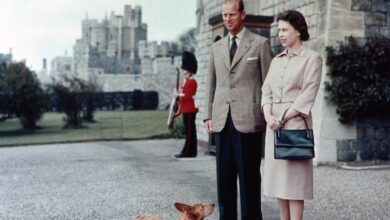