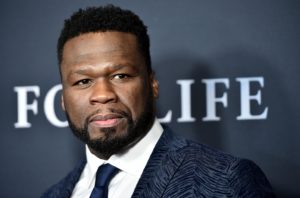 50 Cent is known for his insensitive jabs on social media. But not every moment calls for a joke. The rapper is under fire for posting a message regarding the death of actor Michael K. Williams while also promoting his Starz crime drama series Power Book III: Raising Kanan.

“Damn if you didn’t see Raising Kanan check it out that fentanyl is no joke, killing the clientele. RIP michael k. williams,” 50 wrote in the post.

Many were quick to call out 50 for not reading the room before posting the insensitive tribute.

“Sir..there is a time and place….hours after a someone has passed is not the time…and social media is never the place,” one Twitter user said in response to Black Culture Entertainment’s tweet bashing the Queens native.

“Leave it to 50 Cent to come with the insensitivity. Using Michael K. Williams’ death to promote that whack show,” said another commenter.

Law enforcement said that Williams was found face-down and unresponsive inside of his luxury Williamsburg home on Monday with what appeared to be drugs on the kitchen table. A relative of the Lovecraft Country star said he was supposed to show up to an event on Saturday and never made it.

The Emmy-nominated actor was best known for his roles on The Wire and Boardwalk Empire. Police are investigating.

A rep for the actor confirmed his death in a statement.

“It is with deep sorrow that the family announces the passing of Emmy nominated actor Michael Kenneth Williams,’’ spokeswoman Marianna Shafran told The Hollywood Reporter. “They ask for your privacy while grieving this unsurmountable loss.’’