SPOILER WARNING! In the following article Stuart discusses some rather whopping spoilers as he takes us on an emotional and tearful Kingdom Hearts journey. If you haven’t played the games and you’re sensitive to spoilers, we recommend coming back in a year or so once you’ve played the lot. Otherwise, be warned that certain unfortunate events are discussed in detail.

Of course, if you haven’t played the games, none of this will make a lick of sense anyway, but you have been warned!

Look, I’m well aware that a feature such as this is systematically destroying my until-now unassailable credibility in the games writing space. But there comes a time, my friends. There comes a time!

I bloody love Kingdom Hearts, me. The series is as daft as a brush, but where would we be without brushes? Fences would be unpainted, hair would be unkempt, mascara haphazardly applied!…

I’m not sure where I’m going with this. The point is, my emotional attachment to Square-Enix’s deliriously Disney-demented series of action-RPGs is pretty darn strong and there have been instances where I confess I may have come close to shedding a tear or two. Okay, full-on ugly crying. Streaming mucous and tears, maybe even a bit of blood. I did say it was ugly.

With the announcement of the Switch getting cloud versions of the Kingdom Hearts series leading to a spate of ugly crying in itself – why not port the PS3 versions?! – this seems like as good a time as any to present this frankly embarrassing list of eight times a Kingdom Hearts game made me cry like a little baby at a scary wedding.

Well, of course I had to open with this. With the final Keyhole in Hollow Bastion still incomplete and Kairi in a borderline-comatose state, her heart having been transferred in Sora himself, the spikey-haired protagonist naturally uses Ansem’s keyblade to STAB HIMSELF IN THE HEART, thereby freeing Kairi’s own and bringing her back to consciousness while at the same time transforming him into one of the admittedly cutesy little Heartless creatures.

A selfless sacrifice and while, yes, it’s relatively quickly reversed, it’s still a powerful moment in a series stacked with them.

Kingdom Hearts (2002): The leader of the club makes an appearance

Look! It’s ‘im! Right at the very end of the original Kingdom Hearts, after your hard-fought battle against Ansem, who should make an inaugural appearance but Walt Disney’s beloved vermin, Michael Mouse.

Emerging from brilliant light in silhouette like the corporate God that he truly is, the debut of King Mickey (for it is he) is a landmark moment in the series, conjuring up fond gaming memories of the likes of Castle of Illusion, Magical Quest and – of course – Kid Klown in Night Mayor World (look it up).

Cynicism aside, the glorious, magical hegemony of Walt Disney’s Masterpiece Mickey Mouse is, quite genuinely, a rather wonderful moment in a game that seems to be made out of stardust, bon-bons and pretty girls’ kisses. Joyous mouse-based victory.

Oh, this one stings. Oh, it’s bad. And, at release, it was completely lacking in context – the game that explains (nearly) everything, Kingdom Hearts 358/2 Days, didn’t appear until four years later, totally reframing the previously largely-pilloried Twilight Town prologue of Kingdom Hearts 2 as the absolute cast-brass brutal tragedy that it actually is.

The gradual destruction of Roxas’ falsified existence, the shift from borderline-utopia to terrifying limbo, and – ultimately – the discovery of Sora that leads to his Nobody’s heartbreaking proclamation that his “summer vacation” is over. By which he means his existence. SOB. 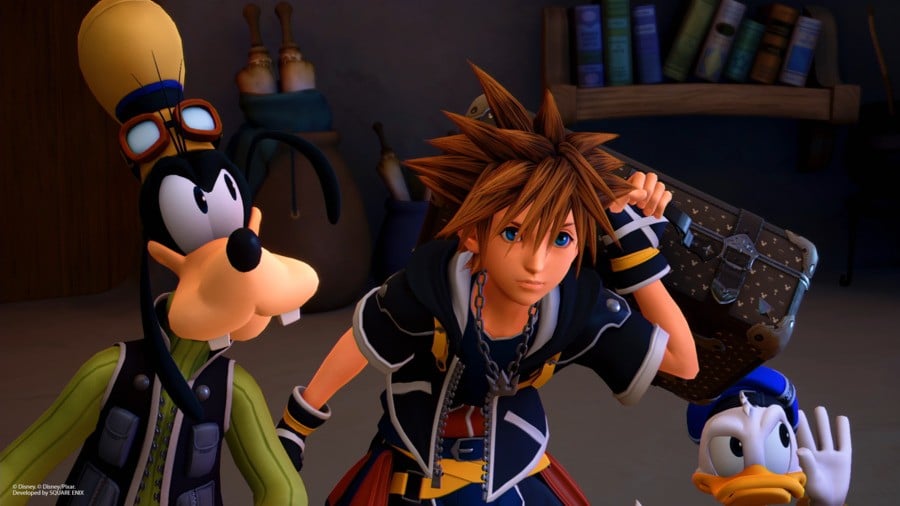 Shortly before the most epic mass battle in Kingdom Hearts II, Goofy – yes, Disney’s comical blundering lank – gets hit in the head with a rock and dies.

Yes, he is killed. He suffers massive cerebral trauma and is snuffed out instantly. Sora and Donald are sent into paroxysms of guilt and fear over this most pointless of slayings, whereas the present King Mickey merely clenches his fist and announces “They’ll pay for this.”

Yes, it’s hilarious, but think of it this way – who is going to deliver the news to Max? Roxanne squeezing his hand as he sorrowfully intones “Gawrsh”…

Look… Kingdom Hearts II is really heartbreaking, okay? It’s the crux of the whole series, basically. Multiple games pivot around its story, and it pays off so many emotional pathways begun in — confusingly enough — titles that came out later.

Again, the full impact of this scene doesn’t hit you until you’ve played (or watched) 358/2 Days, but a familiar of nostalgia still hits you as you leave this town. Sora feels it too – feels something he doesn’t yet know is Roxas’ unknown, unwitnessed agony at his simple wont to exist, which wells up inside Sora and manifests as a single, unexplained tear.

Roxas’ friends Hayner, Pence and Olette watch the train pull out of the station, taking away the last remnant of their forgotten friend. And they long for something, but they’ll never know what.

The most underrated game in the series, Kingdom Hearts 358/2 Days is a tragic tale of futility and delusion, a protagonist convinced he’s something he’s not, and convinced he isn’t something he very much is.

Told that he’s incapable of emotions – despite clearly displaying them throughout the adventure – Roxas is a Nobody, the mere shadow of a real hero. But he’s so much more than that, and the mundanity of his existence and the extent to which he’s a victim of abuse and gaslighting make his relationship with fellow Organisation XIII members Axel and Xion all the more crucial.

The closest thing he has to conventional friendship is his afternoons sat atop Twilight Town’s clock tower eating sea salt ice cream. And when his friend Xion ultimately turns out to be another ruse — another cruel twist — he’s forced to fight her. In a much-mocked scene often taken out of context, he laments his fallen friend with a confused, broken “Who will I have ice cream with!?” Laughable on the surface, but after 30 hours with this dynamic, you know it’s the only frame of reference he has for “friendship”. And boy oh boy, does it hurt. 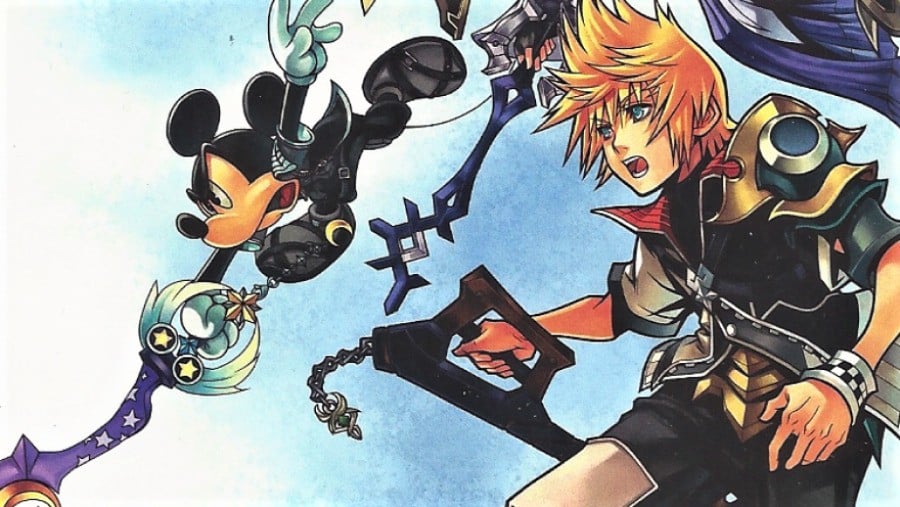 Torn between the inevitability of his destiny and his desire to protect friends Terra and Aqua, sweet, naïve young Ventus shrugs off the comforts and platitudes of his peers and straight up announces his desire to die. “I’m asking you, as a friend. Just put an end to me.”

There are a surprising number of suicidal themes in the Kingdom Hearts series, but never are they brought to the forefront as directly as here, in this unassuming PSP prequel. It’s a bit of a depth-charge and easily the most unsettling moment in the series’ history.

Kingdom Hearts III (2019): When it got announced

God, how long had it been since Kingdom Hearts 2? Announced in 2013 — eight years after its direct predecessor — it took another six years for Kingdom Hearts III to actually see release. And, while your mileage may vary, it didn’t disappoint, offering a truly epic new brace of Disney worlds, beautifully heart-on-sleeve emotive story hooks, long-time-coming pay-offs and redemptions and, naturally, the beginning of something even crazier in the next step of the Kingdom Hearts series — a series that’s often made fun of for having a ludicrous, convoluted storyline.

And it does. And I wouldn’t have it any other way. Got it memorised?

All of these moments and more will be Switch owners’ to enjoy once the controversial cloud version of the mainline games launch on Switch soon. Let us know which of these moments had you blubbing into your controller below, and which ones you’d add to your personal list of KH tearjerkers.