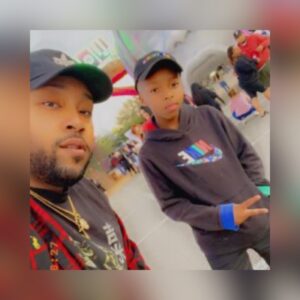 The 9-year-old who was left brain dead after getting caught in the crowd and was trampled on at Travis Scott’s Astroworld Festival has passed.

Ezra Blount was left on life support for days after the tragic event at Scott’s music festival. On Sunday, Blount passed away from his injuries, ABC 13 reports.

Blount’s father, Treston Blount, recalls placing his son on his shoulders leading up to Scott taking the stage at NRG Park in Houston on November 5. However, despite standing towards the back to avoid the wild audience, Treston says once Travis hit the stage, concertgoers started pushing and causing a melee. Treston lost consciousness and little Ezra fell to the ground where he was trampled over by the wild crowd.

“I began to be crushed until I couldn’t breathe. I passed out and I woke up my son was gone,” Treston said on his GoFundMe page.

Ezra had been fighting for his life for the last week. He was placed on a ventilator in a medically induced coma at Texas Children’s Hospital, WFAA reports. But with Ezra’s passing on Sunday, it brings the death toll to 10 with many others still under treatment at medical centers.

Civil rights attorney Benjamin Crump is representing the family and released a statement after Ezra’s passing.

“The Blount family tonight is grieving the incomprehensible loss of their precious young son. This should not have been the outcome of taking their son to a concert, what should have been a joyful celebration. Ezra’s death is absolutely heartbreaking. We are committed to seeking answers and justice for the Blount family. But tonight we stand in solidarity with the family, in grief, and in prayer.”

On Friday, Crump announced that he was representing over 100 people who are all set to issue out lawsuits against Travis Scott and Live Nation. So far, Scott has already been slapped with over 14 lawsuits each totaling over $1 million. The Blount family has also sued Scott for $1 million in damages, Newsweek reports.