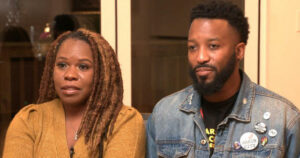 A Black California couple is suing a real estate appraiser and the company she works for after she lowballed the value of the couple’s home by $500,000.

Paul Austin and Tenisha Tate-Austin, who purchased their Marin City, CA, home in 2016 off-market from another Black family, did more than $400,000 in renovations on the home, adding another floor and adding another 1,000 square feet of space, building a deck, and installing new floors and a fireplace before having the property appraised again.

The appraiser, Janette Miller of Miller & Perotti Real Estate Appraisals, viewed the home and, according to the Washington Post, noted the fireplace, new deck, and the room they added. The Austins were excited about the valuation—until Miller appraised the property at $995,000, significantly lower than previous appraisals.

In their lawsuit, filed last Thursday, the Austins say they decided to get another appraisal several weeks later. Believing Miller lowballed the value of the home due to their race, this time they enlisted a White friend, Jan, to pretend to be the owner and “Whitewashed” their home removing their family pictures and their African- themed art.

Additionally Jan decorated the home with pictures of her family. This time, the appraisal came in at $1.48 million. The couple is now seeking financial damages from Miller and the company and asking the court to ensure they don’t discriminate against Black homeowners in California again.

“There are implications to our ability to create generational wealth or passing things on if our houses appraise for 50% less than its value,” Tate Austin told the Post.

Black homeownership across the country is significantly lower for Black Americans  compared to White Americans. According to the National Association of Realtors, just 34% of Black Californians own a home. In San Francisco, about five miles outside of Marin City, where the Austins reside, 33% of Black residents own a home.

“There are still problems in the housing industry of Black people being steered away from White neighborhoods,” Daryl Fairweather, chief economist at Redfin told ABC 7. “Even though that is technically illegal, or Black people not having the same access to mortgages that White people have.”

Other Black homeowners have received lowball offers when it came to home appraisals, including Carlette Duffy in Indiana and Erica Parker in Ohio.

Neither Miller and the home appraisals company have comment on the allegations. The lawyers representing the Austins have also denied a request for comment.