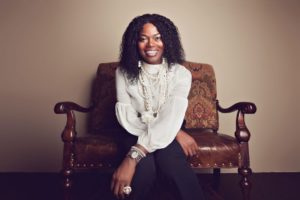 In today’s global economy, racism is not only ignorant, it’s costly. Just ask Facebook, which has lost billions in advertising revenue amid calls to eliminate hateful rhetoric from its platform.

Hopefully, this will ring the alarm bell for others who are snoozing under the blanket of “business as usual.” People are not just going to go away quietly this time. If they’ve been willing to risk their lives during a pandemic to protest for equal rights, the uprising will continue. It’s time for a real shift, and that includes a genuine effort to nurture and elevate Black founders to a position where they can access the capital needed to introduce new and profitable ideas to the marketplace.

The sticking point is that too many companies and investors view supporting Black entrepreneurs as a matter of social impact or charity, rather than good business sense. What needs to happen now is for those who control the purse strings and equitably spreading the wealth cease viewing business in black and white and simply let an entrepreneur be an entrepreneur.

In the interest of hastening change, I’ve laid out answers to several questions even the most well-intentioned would-be allies might be asking themselves. The moment to let Black entrepreneurs be entrepreneurs begins now.

Is donating to organizations for Black causes the same as investing in Black entrepreneurs?

A lot of businesses, when looking to close the diversity gap, say, “Oh, well we’re going to do a charitable donation or give to a nonprofit.” But we’re bringing in opportunity. See the person as an entrepreneur, not a charity case. Give the funds to the black founders so that they can build their companies. An example of this thinking is a well-known VC, Jason Calacanis, who invested in the likes of Uber and Calm and recently posted on Twitter that he is going to hire engineers to build a Facebook clone and donate the proceeds to black founders. This thinking assumes that black founders: A) are not engineers and B) are charity.

These funds that will take all this money that Google, Pay Pal and SoftBank want to use to solve the issue need to invest directly in the black founders. Otherwise, what they’re saying is, “We don’t want to give the money to you.” The people putting these funds up for VCs to distribute need to understand that what they’re coming back to them with is a bunch of baloney.

How can I better ensure funds meant to nurture Black businesses are being best put to use?

My solution is for the Googles and PayPals and SoftBanks to make sure that when they’re dealing with the VCs who are going to be in charge of the money they decided to set aside for Black businesses, to treat the businesses as an opportunity that’s coming to them.

If SpaceX is an opportunity, you’re going to put massive amounts of money there. If it’s an act of charity, you’re going to put $5,000. If I’m Google, I say to Andreessen Horowitz and all these other companies that I want them to find companies unlocking opportunities within these communities. Then, they cannot come back with excuses to take these funds and put them somewhere else. When you invest in underrepresented founders, automatically, they’re going to open doors for you to places you are not even aware are there.

What’s an example of lucrative black opportunities that narrow-minded business leaders and investors missed out on?

Forever and ever, we’ve been saying that when you go to the makeup aisle, you get a powder that’s too light for your face or too dark for your face, so people have to improvise at home by mixing. You have a whole market, but no one was listening. Rihanna said, “You know what? I see my mom doing that, and I have to do that myself,” so she launched Fenty Beauty, which has completely transformed the industry, and now everyone’s running to catch up.

It’s the same thing with Black Panther. It’s again about serving an underserved market, not going into it as a charity or checking a box. Rihanna happens to be a celebrity, but it’s about the fact that she got the money to open that door, because we don’t get the money to open those doors. There are a ton of us out there who know where a lot more doors are.

How have VCs continued to raise the ceiling for Black founders and lower the floor for privileged entrepreneurs?

You’ll be hard-pressed to find an entrepreneur with 10 million users or generating that much revenue because the seed hasn’t been planted to allow them to get to this high ceiling. You can’t compare oranges and apples in that way, and that’s another system that’s in place to make sure no new entrants get in there and justify continuing the status quo.

What about the argument that there is a pipeline issue when it comes to Black and brown talent and skillset?

People are graduating. People are coding. People have ideas. Knowledge is not genetically encoded into people, it is acquired. It’s just about the right opportunity. People are going to go where they’re valued. When you look at a company like Facebook, and you don’t see one single Black face on their board or their leadership retreat they’re posting pictures of, you’re not going to want to go there. It’s not a pipeline problem. It’s just a blockage at the entrance keeping minorities from coming in.

Is most of this unconscious bias, or something worse?

It’s baffling to many people why the diversity gap in business is not closing, because you have companies that are saying, “Hey, help us close the gap.” But somehow the bridge is not being built. We have made a lot of progress, but not far enough. There’s still a lot of redlining of black entrepreneurs, even at the growth stage. A lot of black founders will build the company, people are excited about it, and when it’s time to go from seed to growth, you’ll see the headline, “Bubl raises X, then Sean Ramsay out” or, “Kairos secures Y then Brian Brackeen out or “Hopstop raises Z, Chinedu Echeruo out.” It’s a redlining. When you like the food but you don’t like the farmer, you want to come and take the farm and put the farmer out, and it happens over and over again.

What is the very next step I should take if I want to make more money with a wider variety of founders?

There are two ways to look at investing in underrepresented communities: It’s a great opportunity to open up new markets or a way to sustain and take care of your current customers. Imagine if the top Black athletes, influencers and musicians with more than one billion followers combined left the platforms that don’t have any Black people in their leadership or have racist algorithms and went to platforms where they’re valued and appreciated? People are sick and tired of dealing with “isms.” They simply want a fair chance, but if they are kept from accessing heaven here on earth, they’ll raise hell.

This article first appeared on Entrepreneur.com

Here’s How to Create a Christmas Saving Plan