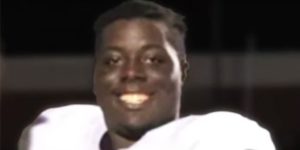 Back in April, Derontae Martin died at a prom party. At the time, the coroner who performed his autopsy found that he died by suicide. On July 30, an inquest jury rejected that finding and determined that he died by violence, reported The Daily Beast.

Martin, who was 19 at the time of his death, attended the party of a classmate in Fredericktown, Missouri; a town that is about 95% white. His body was found in the homeowner’s attic the next day.

Martin’s family was adamant from the beginning that they did not believe the account of partygoers that he shot himself. An initial autopsy and coroner’s report that found that he committed suicide was not enough to sway them either.

It turns out that they were right about their assertion. Martin’s mother, Ericka Lotts hired her own pathologist to conduct a second autopsy and the truth was revealed. Instead of close-range shooting, as the first autopsy report suggested, Derontae Martin was shot from two to three feet away.

During an inquest, Dr. Russell Deidiker, the coroner responsible for the first report stood by his findings saying that the second pathologist did not find soot rings due to embalming.

Furthermore, the homeowner, James Wade, testified at the inquest and was forced to answer hard questions about his history of racism and allegedly confiding in an unidentified tipster that he had indeed killed Martin.

A six-person jury took two hours to find that Martin was indeed the victim of violence that led to his death.

As for his family, they are joyful that they’ve received a small bit of justice.

“I am so glad and happy that they saw through all their lies, and they saw the truth, that my baby did not kill himself,” Ericka Lotts said. She said that they plan to keep praying through the entire journey to justice.