With almost 90 million Nintendo Switch consoles out in the wild and in the hands of gaming fans, it’s no wonder that so many accessory manufacturers have tried their hand at crafting their own carry case solution. Protecting your precious system is probably pretty high on your priority list if you’re the type who takes your Switch out and about, so you need a case that does the job well.

The latest case that’s caught our attention is the ‘Ultimate Protective Nintendo Switch Case‘ from Inateck. It’s designed to store your console, as well as a few extra bits and bobs including your cartridges and cables, and boasts a “360° protection” concept which sees soft but firm bubbles dotted around the case’s edge. It’s also easy on the eye, sporting a smart design well suited to those looking to avoid the more garish designs aimed at younger audiences.

We’ve been getting some use out of the case for a few days now, and it’s that smart appearance that’s winning us over the most. Thanks to its unobtrusive grey and brown colour palette and its neatly tucked away handle, we wouldn’t be embarrassed pulling this thing out on a train or when we start getting bored at a family gathering. It also fits nicely into backpacks and the like, which is always a plus. 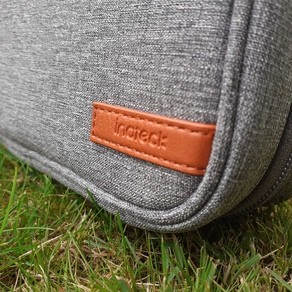 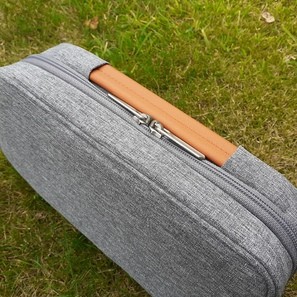 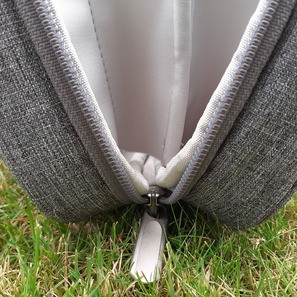 When it comes to actually using the thing, we found that we could comfortably fit the Switch (Switch Lite and – we’re told – Switch OLED models can also fit inside), an extra pair of Joy-Con, the AC adapter, and up to 10 Switch game cartridges. We also managed to get the HDMI cable in there, but at this point it was becoming a bit of a tight squeeze.

That 360° protection feature we spoke of is a neat idea; in the images below, you can see just how snug the console is inside the bubble edge. In fact, putting the Switch inside takes a little bit of care thanks to the extra snugness – you’ll need to carefully spread the case open with one hand to slowly slide the Switch in. 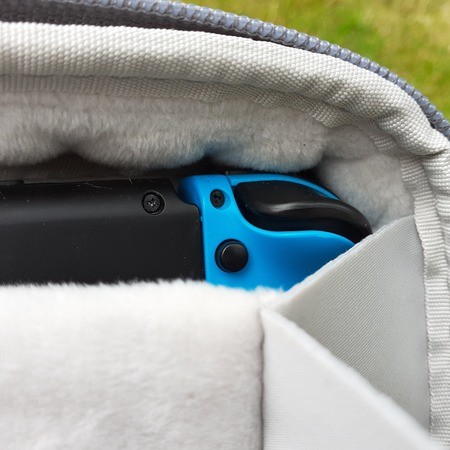 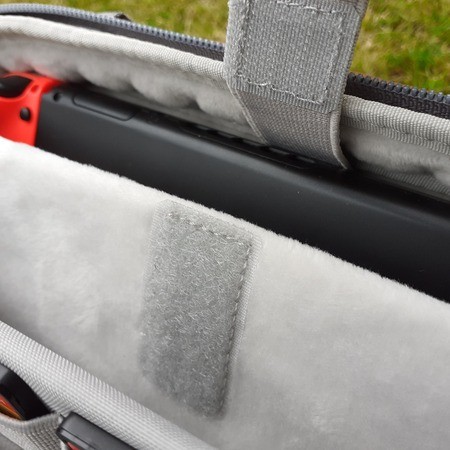 Our only complaint – and it’s a minor one – is that the edge of the casing is soft enough that pressing it down from the top enables you to press the console’s shoulder buttons down. Likewise, if you have the Switch’s control sticks facing towards the case’s side (like in the images above), the sticks can be pressed and squashed from the outside. Take a little care and you’ll be fine, but don’t expect your Switch to survive being sat on too many times while inside the case.

At the time of writing, you can grab one of these cases from Inateck’s Indiegogo campaign for $29 USD (roughly £21), which is down from its usual price of $50. We’d struggle to recommend it over other options at full price (like these and these), but its smart appearance alone would be enough to make us consider a purchase at the lower $29 mark.

Thanks to Inateck for supplying the case featured in this review.

Proptech Startup 'Sugar' Has Raised $2.5 Million For Its Expansion

Iran protests: US to ease internet curbs for Iranians