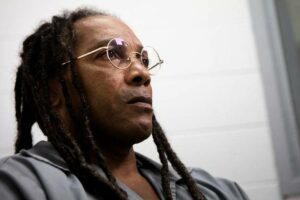 Less than a week after two Black men were exonerated for the killing of Malcolm X, another Black man is being released from his prison term after serving 43 years.

According to NBC News, a judge in Missouri has ordered that Kevin Strickland be released from prison Tuesday for wrongful imprisonment after he served 43 years behind bars.

The 62-year-old Strickland has always stated his innocence throughout the years. He has always affirmed that he was at home watching television and was nowhere near the killings he was accused of.

A retired Missouri Court of Appeals judge, Judge James Welsh ruled in favor of exonerating Strickland after a three-day evidentiary hearing. The hearing was requested by a Jackson County prosecutor who said the evidence that was used to convict Strickland had been recanted or disproven since his conviction in 1979 when he was 19.

Missouri Attorney General Eric Schmitt was against the efforts that were led by Jackson County Prosecutor Jean Peters Baker and other legal and political leaders to get Strickland out of prison. Schmitt, who is a Republican running for the U.S. Senate feels that Strickland was guilty. Gov. Mike Parson, who is also a Republican declined Strickland’s clemency requests.

NPR reports that Judge Welsh wrote that Jackson County Prosecutor Baker had “met her burden of providing clear and convincing evidence that undermines the Court’s confidence in the judgment of conviction.”

“No physical evidence implicated Strickland in the triple homicide,” Welsh wrote. “Instead, Strickland was convicted solely on the eyewitness testimony of (Cynthia) Douglas, who subsequently recanted her statements identifying him as one of the four perpetrators.”

Strickland had spent more than 43 years in prison after being convicted for a triple murder that Baker stated that he didn’t commit. After a months-long investigation into new evidence that emerged in the years after  Strickland’s 1979 conviction convinced her that he was innocent of the crime.

The prison term that Strickland served was the longest wrongful imprisonment in Missouri, according to the National Registry of Exonerations. He was arrested by the Kansas City Police Department on April 26, 1978, and convicted on June 29, 1979, when he was only 18 years of age.

Strickland was imprisoned at the Western Missouri Correctional Center in Cameron, Missouri.