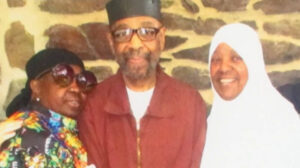 A political prisoner was released from prison last week after serving nearly 50 years.

According to Liberation News, Black Panther member Russell “Maroon” Shoatz, who served 49 years in prison with more than 22 years in solitary confinement, was freed on Oct. 26. The 78-year-old was granted a compassionate release.

Shoatz was released due to his declining health. He was granted a medical transfer to leave the prison to go to a hospital in Pennsylvania to be treated for advanced-stage cancer. Shoatz got the nickname “Maroon” because he escaped from prison two times.

The Black Wall Street reported that Shoatz was a member of the Black Panthers and the Black Liberation Army who was sentenced in 1970 to life in prison without the possibility of parole. He was convicted for engaging in an attack on a Philadelphia police station where one police officer died and another one was wounded.

After he was returned to prison after his second escape, Shoatz lobbied lawmakers to abolish prison terms of life without parole. He became President of the Pennsylvania Association of Lifers in 1983.

When he was finally released from solitary confinement in 2014, he ended up suing the state’s Department of Correction for “cruel and unusual” treatment. After describing the inhumane approach, the mental health issues, and the living conditions he faced while in solitary confinement, he won the lawsuit in 2017. Shoatz was awarded a total of $99,000 and a permanent reprieve from solitary confinement. He had assistance from his attorneys, as well as representatives from the Abolitionist Law Center.

According to Democracy Now!, Shoatz is currently receiving treatment in hospice care where he is fighting stage four colorectal cancer and must receive nutrients through an IV.