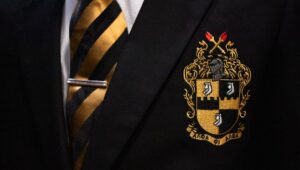 The Alpha Phi Alpha fraternity has announced the relaunch of its social media platform and new mobile app, Alpha Elite.

Initially launched in February, the updated version, in conjunction with the new mobile app Alpha Elite, serves as a secure all-in-one hub for networking and exclusive benefits and amenities. The app includes a job portal and more than 80 regional, lifestyle, and professional communities, special event highlights, and blog posts.

Additionally, the platform will securely house official fraternal communications, including board minutes at meetings, protocol manuals, and other official documents.

Alpha Phi Alpha is the first and oldest intercollegiate historically Black American fraternity. It was founded in 1906, and its motto is, “First of All, Servants of All, We Shall Transcend All.” The fraternity sports more than 730 active chapters and 280,000 members in the Americas, Africa, Europe, the Caribbean, and Asia and is open to men of all races.

The app and platform offer a host of updated features, tools, and programs. Additionally, financial members of the fraternity will have full access to a digital community allowing for networking, professional development, fellowship opportunities, and benefits such as discounts, grants, scholarships, webinars, and exclusive educational opportunities.

National programs and initiatives of Alpha Phi Alpha include A Voteless People Is a Hopeless People, My Brother’s Keeper, Go To High School, Go To College, Project Alpha, and the World Policy Council. It also conducts philanthropic events to benefit Big Brothers Big Sisters of America and the March of Dimes.