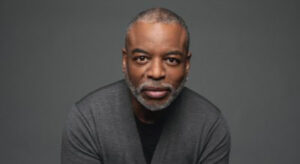 With the announcement of the new Jeopardy! hosts garnering outrage amongst the fans and audience of the show, word has gotten out that the people’s choice for the permanent hosting gig had the lowest ratings amidst the people who were vying for the position.

According to Newsweek, Star Trek actor, LeVar Burton, whose popularity has risen considerably since he mentioned his desire to host Jeopardy!, coupled with fans of the show wanting him to get the gig, actually received the lowest rating of the guest hosts who appeared on the show.

The popular “Roots” actor, according to the Nielsen Media Research figures that Newsweek obtained had only drawn an audience share of just 4.4., which, in comparison, Jeopardy!’s most successful contestant Ken Jennings — averaged an audience share 6.1 during a stint of six weeks.

Based on when Burton was given the chance to host, the ratings had already peaked when Jennings hosted the program for six weeks back in January. With each guest-hosting opportunity afforded the people who took the reins, the ratings started sliding as each special guest host had drop-offs from the previous one. As an example, Jeopardy! executive producer Mike Richards ratings came in at 5.9, Katie Couric, 5.6, Dr. Mehmet Oz at 5.2 as each rating went down by the time Burton was given his opportunity.

Another important factor was the start of the Tokyo Olympics which took place between July 23 and August 8, as Burton’s gig started on July 26. If you also throw in these other factors, on July 27, the first hearing of the House Select Committee investigating the January 6 Capitol riot aired. Then on July 29, President Joe Biden went live on TV to announce new measures to boost COVID-19 vaccinations, and several hours later, the NBA had also started its coverage of the draft, which typically draws a big audience.

With all of those things working against Burton, it’s a surprise the ratings weren’t lower.

BLACK ENTERPRISE had previously reported that after several guest hosts took the helm of the popular show, network officials bypassed Burton and a host of others to officially name the show’s executive producer, Mike Richards, as host and Blossom and The Big Bang Theory actress Mayim Bialik as guest-host.