In a five-minute live premiere on the 9th of November, Among Us devs Innersloth revealed the latest update for their game to the masses:

Cosmicubes give you access to what is basically a branching system of unlocks, a bit like a skill tree:

“Cosmicubes: Special cosmetic cubes that have themed items you unlock via a branching path. These items tend to be more special or detailed. Different Cosmicubes are bought using Beans or Stars, but their contents can only be unlocked by earning Pods through gameplay.”

The update will add new hats, visors, cosmetics, and most importantly, an in-game store for buying things like pets, nameplates, and more. There are multiple currencies:

Also, achievements are now in the game, as well as the ability to link accounts, which will tie your cosmetics, XP, Pods, and Beans to your account. However, on the Nintendo Switch, Stars are not currently shared across platforms — they’ll only be available on the Switch, at least for now. Innersloth says they’re “working on it”! 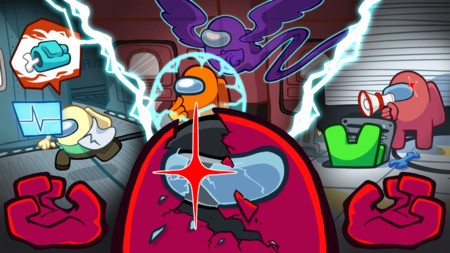 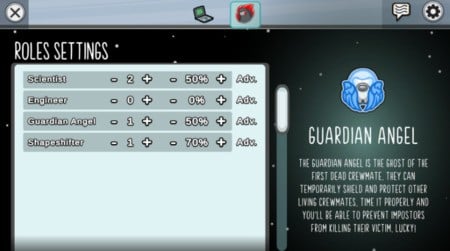 There are now new roles, too, from the disguise-filled Shapeshifter (who we already knew about) to the Scientist, who can access vitals at any time to check who’s dead, the Engineer, a non-Impostor who can use vents, and the Guardian Angel, who can protect the remaining crew after they’re dead.

Innersloth pre-empted the “I can’t believe you’re trying to make me pay money” comments, by saying in the video, “Yup (we live in a capitalist society)” and noting that the profits could go towards more updates, server costs, team wages, survival, therapy, food, boba, and even… a new game.

You can read all about the update on Innersloth’s blog. The currencies are a little confusing, and there are a fair few quality-of-life changes, too:

What are your thoughts? Let us know in the comments!