German practice A+R Architekten drew on traditional typologies and materials for this hospital in the remote village of Magyizin, Myanmar, which has been shortlisted in the civic building category of Dezeen Awards 2022.

Located atop a hill in an area that is largely inaccessible during the rainy season, the hospital, developed by German NGO Projekt Burma eV, provides healthcare for around 20 communities in the area.

Atop a slim concrete base, this traditional timber frame has been swapped for a concrete one, which is infilled with red bricks and a series of timber vents and movable shutters to provide airflow and shelter from the rain.

Taking formal cues from a typical rural house, the hospital’s spaces are organised around a central stone-filled courtyard, which acts as an outdoor waiting area to minimise the transmission of infections.

A covered walkway leads to a small annexe building, which contains a separate isolation ward and service spaces beneath a large sloping metal roof.

With an operating theatre, delivery room, laboratory and 20 beds, much of the hospital’s equipment was donated by institutions in Germany. 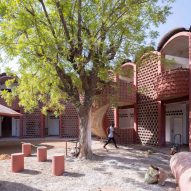 “A single-storey atrium house was developed to serve as the main building. Its sheltered inner courtyard is the heart of the building, both a lounge area and a communal space,” said the practice.

“The linear side wing with its distinctive mono-pitch roof is accessed via a pergola, and houses an isolation ward, self-catering kitchen, storage rooms, washrooms and sanitary facilities,” it continued.

The timber trusses of the building’s roof have been covered with woven bamboo mats to aid air circulation, and large timber-lined eaves create a shaded perimeter around the entire building.

Most of the materials have been left unfinished, creating a reddy-brown palette that is contrasted by the doors surrounding the courtyard which have been painted a pale green.

Due to there being no construction companies in the area, the building work was undertaken by local villagers under the guidance of a carpenter.

Elsewhere, a rural hospital designed by Kashef Chowdhury/URBANA for an NGO in Bangladesh that also made use of local, traditional materials was awarded the RIBA International Prize 2021.

The photography is by Oliver Gerhartz.

Entrepreneurs must learn to tackle business risks in the Metaverse 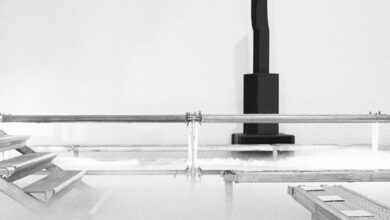 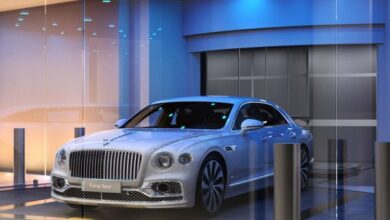 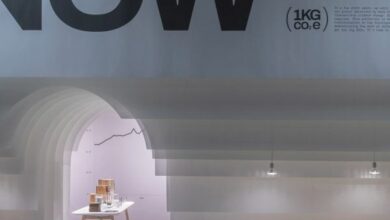