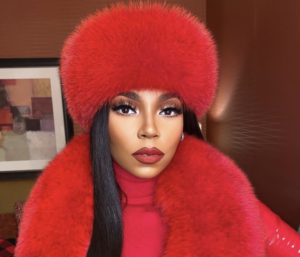 When Ashanti appeared on the Tamron Hall Show in September, she announced that she took control of her masters and re-recording her albums. Now, the 41-year-old singer is speaking candidly on her decision to redo her self-titled debut album.

On December 10, Ashanti appeared on The Breakfast Club. During the session, DJ Envy asked her about the controversy between her and her mentor, Irv Gotti.

“Irv does not like that you’re recording,” he said. “So break down for people who don’t know. Why are you re-recording your album?”

Ashanti explained that as “an artist, you pay certain dues, and things are supposed to come back to you,” alluding to artists working hard and then being rewarded for the fruits of their labor.

She also explained that after 20 years, an artist gets the right to re-record their music and not necessarily own their masters. Ashanti further explained that her re-recording her album gives her rights to the coins from the streaming platforms.

“So as an artist, when you are in the game for a certain amount of time, you pay your dues, and things are supposed to come back to you. You have a legal team that does what they’re supposed to do so that you can function and own (your work). So with my album being 20 years old in April (2022), it makes sense for me to go in and re-record so that I can collect my coins.”

DJ Envy pressed the 41-year-old singer about Gotti owning the masters, to which she responded, “No.”

She then measured her words to say, “What I can say is, that’s a conversation for Universal. Let me take that back and not just jump out the window and say, ‘no.’ Me and Ja (Rule) had a very long conversation; me and Ja know what time it is, and let Universal answer that, I guess.”

In November, Gotti voiced his opinion about owning “Rain On Me” singer’s masters.