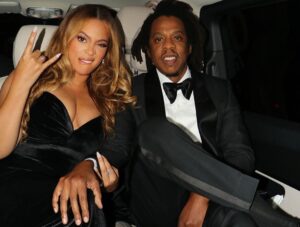 Six years after they quietly added it to their real estate portfolio, Beyoncé and Jay-Z have listed their Garden District mansion.

The three-story mansion, built in 1925 as a Presbyterian church, boasts seven bedrooms and eight bathrooms. The property is divided into a main residence and three 1000-square-foot apartments. It was remodeled to serve as both a private home and an event facility.

In July, this same property caught on fire, burning for approximately two hours. Authorities later ruled the fire a case of simple arson.

According to Nola.com, the house was vacant at the time of the fire and a neighbor reported that they hadn’t noticed any activity at the house in two years. Another neighbor, however, said that people were known to access the property through an unlocked gate.

The house listing on Zillow shows it was originally listed for sale just four days after the fire. However, the price was raised by $1 million in August, bringing the current sale price to $4,450,000.

The Carters reportedly purchased the house in 2015 for $2.6 million, however the property has never been owned by Jay-Z or Beyoncé on paper. It officially belongs to Sugarcane Park LLC, which shares a mailing address with Beyoncé’s production company, Parkwood Entertainment.

The home, located on Harmony St. in New Orleans, has reportedly hosted or been called home by other musicians as well: the 2015 listing included a quote from a Grammy winner, who said the “acoustics and vibes are great. I did my best writing ever, while watching the sunset from the rooftop garden.”

The sale of the NoLa property leaves the Carters with a sprawling 30,000-square-foot residence in L.A.’s posh Bel-Air neighborhood and a 12,000-square-foot vacation home in the Hamptons. The Los Angeles Times reported that the couple took out a $52.8 million mortgage on the property, which, at a price of $88 million, was L.A.’s most expensive real estate transaction of 2017.