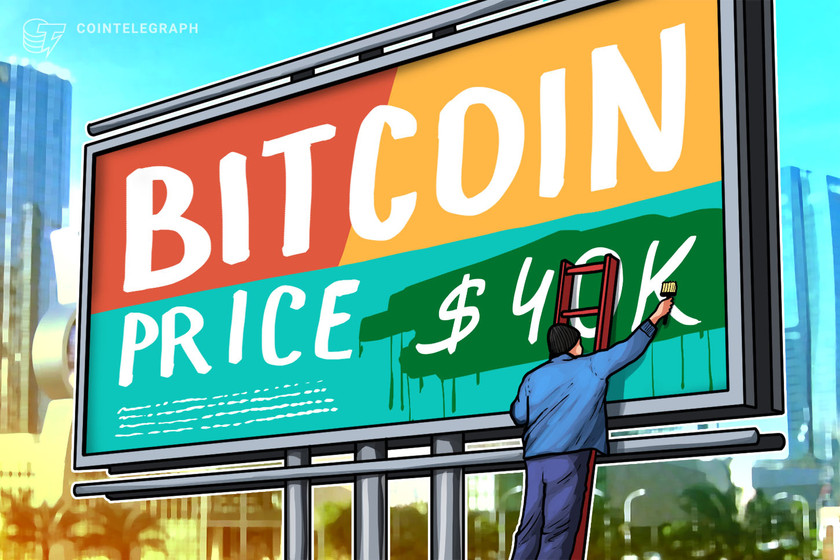 Bitcoin’s (BTC) volatility made the headlines again after the original cryptocurrency briefly reclaimed its $40,000 mark before going back to $39,000 levels. Coming after a two-week-long bearish loom that started on July 15, this is the second time Bitcoin is trying to break $40,000 resistance in two days.

Based on the data from Cointelegraph Markets Pro and TradingView, BTC witnessed a bull run for trading pair BTC/USD from 21 July that resulted in a spike of 34.13% in just seven days.

The crypto community attributes the rising BTC price directly to the increased involvement of traditional banks and entrepreneurs such as Elon Musk and Michael Saylor. This week, Amazon’s rumored involvement in crypto also pushed the price, although the tech giant later denied those rumors.

While the current price indicators suggest that Bitcoin may stick to its ongoing support of the $30-40,000 mark, BTC is yet to see a positive change of $20,000 before it can reach its former glory of $60k.

What may seem like a good indication, the sudden push to exit an immediate resistance does not accompany the $30,000 corridor. By the time of writing, Bitcoin price is closing in to $39,500.

In a recent survey conducted by CNBC on a group of portfolio managers and equity strategists, 44% of the respondents felt that Bitcoin price would fall down below $30,000. The other 56% of investors showed a more bullish outlook, with 6% hoping to see Bitcoin reach $60,000, near its $65,000 all-time high.

How to Afford Everything that Comes with Homeownership