The Samsung Galaxy Watch 4 was supposed to mark a turning point in the realm of Android smartwatches with the Korean OEM’s adoption of WearOS and implementation in its devices which offered better build quality and smartphone integration. Here, the availability of Google Assistant on Samsung hardware was a major selling point for many in the list of promised features.

Now, it’s been over a month since Google Assistant made its way to the Galaxy Watch 4, and I’ve spent some time with it since it arrived towards the end of May. But with Bixby already available on the wearable, are you better off using the tool that’s been available since the beginning, or is the Google Assistant worth the hype? In this article, I share some of my observations of the wearable’s little quirks with the two voice assistants it has on offer.

And in the end, we’ll try and answer the question of which Voice Assistant will work best on your Galaxy Watch 4.

Galaxy Watch 4 is the device to pick if you’re looking for a fitness-centric smartwatch that doesn’t hurt your wallet. At $249, its assortment of features and assurance of quality make it worth buying.

How do they compare?

To compare the voice assistants’ performance, I posed a few questions involving system applications, the internet, and third-party apps. Since I don’t have any smart home equipment configured currently, please excuse the lack of those questions.

The testing for this article revolved around the following line of questions:

Once I had both Bixby and Google Assistant ready to go, I used the keywords “Check Weather.” For some reason, Bixby thinks I live in Oklahoma and constantly needed a prompt that included “Check Weather” and the location I lived in! On the other hand, Google Assistant could grab the required data with no errors and in one shot.

I attempted this several times with Bixby, and there were more misses than hits. So, I’d give this round to Google Assistant. In general, if you need information, GA is a lot better source.

Regarding placing phone calls, both voice assistants could place a call with no problem. Accessing the contact list was simple enough for both, and the entire process was smooth and didn’t require any external input.

Next, I asked Google Assistant and Bixby to send a message to someone from my contact list. Bixby responded to the “Send a message” keywords with an error stating this feature was unavailable with the paired phone. This is likely due to my Galaxy Watch 4 being paired with a OnePlus 9RT. On the other hand, Google Assistant responded to the keyword by asking who I wanted to message, which application I’d like to use from my smartphone, and then the content itself.

I’d previously set WhatsApp as the default for this contact; hence there wasn’t a prompt, but you can also mention the application you would like to use in the instructions to Google Assistant.

This improvement made by the addition of Google Assistant itself makes the Galaxy Watch 4 a lot more useful than it was before.

Next, with the way these wearables are loaded with fitness features, it made sense to check whether either of the services could begin a workout to start tracking my activity. Unfortunately, Google could not access the internal workout application to create a session. It instead returned results for nearby Gyms.

Here, Bixby could tap into the Workout Application and provide prompts to begin tracking a specific activity from the plethora of available options.

Next up was creating a Reminder. Bixby and Google Assistant could do with no issues, but the latter was more specific in the creation process. Its sequence of questions ensured that every reminder had a title, date, and time.

Bixby created Reminders without any time-based information. You will need to mention it during creation or manually add it. Nobody makes reminders without these details, but I thought I should say this to show how much more experience Google Assistant brings to the table.

Deleting created reminders was a piece of cake with either Assistant.

Note: Reminders created via Google Assistant showed up in Google Calendar, while those made by Bixby were only available on the Watch. This scenario is likely to be different if you’re using a phone from Samsung.

And lastly, we tested the two assistants for general trivia. The question I asked here was, “How tall is Mount Everest?” followed by another asking, how long it would take to climb to the peak.

Bixby could not bring up any results, while Google Assistant was able to work with the continuous line of questioning, picking up where it left it off with a previously provided answer.

Which Voice Assistant works best on your Galaxy Watch 4?

So with that, we come to the end of this article, and the answer to the question posed in the title of this article is, “The Google Assistant is better for most activities, but you’re probably going to need them both.”

Google Assistant on Galaxy Watch 4 can access most components on the wearable. Still, the lack of an inbuilt workout application on WearOS limits the voice assistant in accomplishing a significant function these wearables intend to achieve. And while I hope the upcoming Fitbit Integration will help mitigate these problems, in its current state, Bixby will need to coexist on your Galaxy Watch 4 and be something you’ll need to depend on for fitness tracking.

But if your use is limited to smart activities, like making calls, creating reminders, sending messages, and quickly finding out details, Google Assistant is the way to go!

How to Reverse an Animated GIF 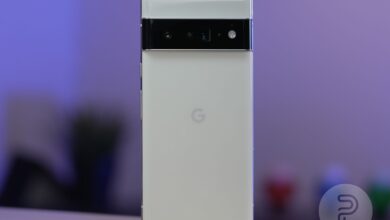 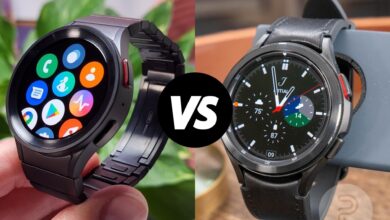 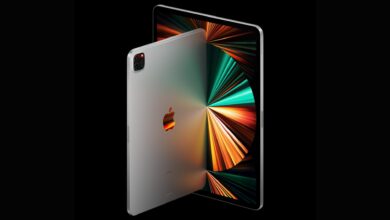 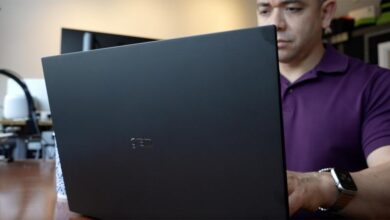