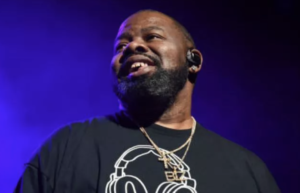 Funeral services for rapper Biz Markie are set for August 2 at the Patchogue Theatre for the Performing Arts.

According to Greater Long Island News, the funeral will begin at 11 a.m. and go on until 3:30 p.m. The homegoing celebration includes a roster of the beloved emcee’s celebrity friends, including LL Cool J, Papoose, Fat Joe, the Juice Crew, Leland Robinson, Big Daddy Kane and Al B. Sure!

The Rev. Al Sharpton will eulogize Biz Markie, according to publication.

TMZ reported that legendary fashion designer Dapper Dan would dress the “Just A Friend” rapper in a custom-made outfit.

Black Enterprise previously reported that Biz Markie died on July 16 from complications of Type II diabetes after suffering a stroke.

“Biz created a legacy of artistry that will forever be celebrated by his industry peers and his beloved fans whose lives he was able to touch through music, spanning over 35 years,” Izumi said. “He leaves behind a wife, many family members and close friends who will miss his vibrant personality, constant jokes and frequent banter.”

The 57-year-old emcee was born in Harlem but was raised on Long Island. He was also an accomplished DJ– spinning at iconic clubs like the Roxy and the Fun House.

Biz Markie felt at home behind the turntables, but it was his mentor, super-producer Marley Marl, that gave the rapper his confidence on the mic. He dropped his first album in the early 80s, but his 1988 breakout hit “Vapors” put him on the map.

The multi-faceted entertainer will truly be missed.