Architect Nathan Johnson, whose firm designed multiple buildings in Detroit’s landscape and paved the way for architects of color, has passed away at 96.

Johnson founded his firm in the 1950s and over the next several decades, designed multiple structures ranging from Black churches in Detroit and People Mover stations.

Born in Kansas, Johnson got his start in architecture as a draftsman in Detroit for Donald White, the first Black architect to be licensed in Michigan at White & Griffin. In the 1950’s Johnson started his own firm and his early work included the construction of the Eastland Center Mall according to the Detroit Free Press.

Because race impacted so many decisions in the Motor City at the time, Johnson made his mark working on Black churches and smaller retail projects. Johnson’s projects are some of the city’s most eye-catching innovations to this day using modern concepts such as a spiked tower in place of a traditional church steeple.

Johnson commented on the concept of a spiked tower in a 1963 Free Press article saying, “We try to be honest. If we want to decorate a church, we let the structure do it instead of applying ornaments.”

Dan Austin, an architectural historian and the curator of Historic Detroit, called Johnson “a monumentally important figure and arguably Detroit’s most celebrated architect of color. He overcame racial barriers and discrimination to leave his mark on the city’s skyline.” 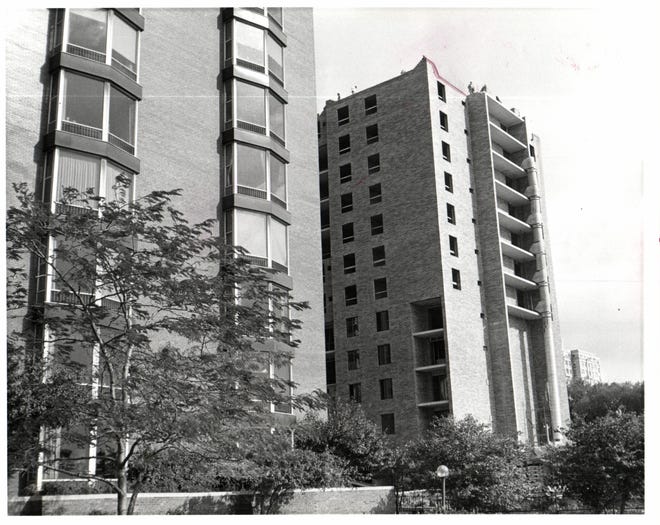 Among Johnson’s designs are the landmark Second Baptist Church in Greektown, the modernist Historic Bethel AME church in the Midtown area and Stanley Hong’s Mannia Café in the New Center area.

In 1980, Mayor Coleman Young tapped Johnson to design the city’s new People Mover stations. Not only did he design many of the stations, but for those he didn’t design, he subcontracted to several other Black architects including Roger Margerum of the Sims Varner firm, and Aubrey Agee.

Current Detroit Mayor Mike Duggan praised Johnson on Twitter saying “Today, we lost a pioneer in our city. Nathan Johnson broke down barriers to establish himself as one of the nation’s leading Black architects. When discrimination left him struggling to find opportunity, he created his own.”