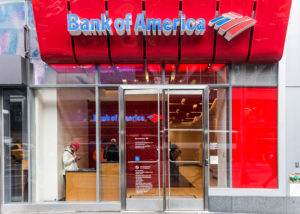 A Black man in San Diego is claiming that a Bank of America branch racially profiled him when he attempted to cash an insurance check.

In January 2020, John Pittman III presented a $12,000 insurance check that was issued to him at the Pacific Beach branch of Bank of America, reported KPBS. The bank manager then told him that she felt he was trying to steal money and that she had to call the police.

“I’m thinking this would not have happened if I wasn’t a Black person,” said Pittman, San Diego attorney.

The check, from major insurance company GEICO, was drawn on a Bank of America account and Pittman offered up three forms of personal identification: his driver’s license, passport, and birth certificate. He also showed the GEICO paperwork.

An assistant manager approached Pittman and said that because the check did not contain his suffix (III), they could not cash the check. All of his forms of identification and the GEICO paperwork contained his suffix, however.

The American banking system has a history of unfettered racism and discriminatory practices against African-Americans in particular.

Last year, a Black man in Michigan sued a local bank after they refused to cash a settlement that he ironically won from a discrimination lawsuit. In Atlanta, a Black woman experienced a similar situation at a Wells Fargo branch.

Making this type of discrimination doubly infuriating is the banks’ tendency to call the police; a situation that has no definite outcome when Black people are the target.

In Pittman’s case, after the assistant manager refused to speak with a GEICO representative and summoned authorities, he left at the suggestion of the GEICO employee who heard important parts of the interaction.

Bill Hallidin, a spokesperson for the bank, told KPBS that the employees followed protocol because of the missing suffix.

“This is standard industry practice, and it is based on best practices to protect against potential fraud,” he said.

For Pittman, and others like him, the sometimes arbitrary application of bank practices, is still dehumanizing. The threat of police intervention against the need to conduct financial affairs often leaves victims with no real remedy.