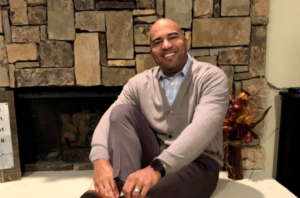 A Black school principal in the predominantly white town of Colleyville, Texas, was placed on administrative leave this week after parents accused him of pushing critical race theory to their children.

On Monday, Superintendent Robin Ryan announced the leave of principal James Whitfield while leaving out an explanation about the school leader’s absence, The Dallas Morning News reports. Ryan wrote that Whitfield had been placed on leave, but the letter did “not go into the specifics because it is a personnel matter.”

Whitfield, joined by some of his supporters, spoke at a board meeting where he addressed parents who claimed he was teaching critical race theory to the students.

“I’ve only chosen to speak out against baseless allegations after [the district] allowed a man to speak my name at the July 26 board meeting,” the Colleyville Heritage High School principal said. “I have done nothing wrong by anyone.”

Whitfield also called out the school district, saying instead of “issuing their support of me, they came after me.”

The announcement comes a month after Stetson Clark, a former school board candidate, accused Whitfield of teaching and promoting critical race theory during a July 26 district board meeting. Clark claimed the principal sent a concerning letter to parents and students last summer where he “promotes the conspiracy theory of systemic racism …” Clark said.

“He is encouraging the disruption and destruction of our districts,” Clark claimed.

Whitfield responded in a July 31 Facebook post denying Clark’s claims and says he has been criticized for speaking out about the George Floyd murder and the racism he’s experienced in the past.

“I am keenly aware of how much fear this strikes in the hearts of a small minority who would much rather things go back to the way they used to be,” Whitfield said in the post.

He became the first Black principal of Colleyville Heritage High School in May 2020, Star-Telegram reports.

Do You Qualify for Any of September’s Class-Action Settlements?