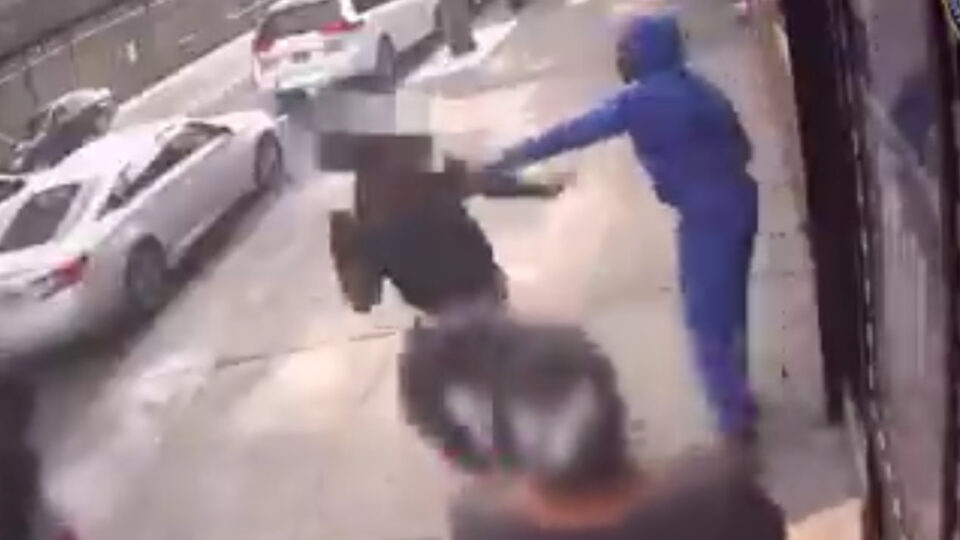 
A deadly incident that was caught on a video surveillance camera in New York City has police officials asking the public for assistance in looking for a dangerous suspect who may still be lurking in the streets.

According to Fox News, a man living in New York City was seen on surveillance video being attacked and then stabbed in the face and also the abdomen on a Brooklyn street in broad daylight over the past weekend.

The New York Police Department (NYPD) has taken to their Twitter account to see if there are any witnesses to the violent act or if there is anyone who may know the assailant in the video clip.

?WANTED for ASSAULT: Do you know this guy? On 8/21/21 at approx 5:22 PM, in front of 71 Hegeman Ave in Brooklyn, the suspect approached a 25-year-old male then stabbed him in the face and abdomen before fleeing. Any info? DM @NYPDTips, or anonymously call them at 800-577-TIPS. pic.twitter.com/GkuiWgrDYa

The video surveillance footage that was released shows a 25-year-old victim who was standing on the sidewalk along Hegeman Avenue in Brooklyn, New York at about 5:20 p.m. this past Saturday, October 21. As the stabbing victim is standing there, a man who is seen wearing a blue hooded sweatshirt steadily and calculating approaches the man on the street and then attacks him with a sharp object in the face and the abdomen before he flees the scene. Police officials have stated that after they interviewed the victim, he said that he does not know the man who attacked him on the street nor knows why he was viciously attacked.

The stabbing victim, who was not identified, was taken to the Brookdale University Hospital Medical Center and was listed in fair condition.

From The Creator Of Tomb Raider, Dream Cycle Is A New 'Ever-Growing' Adventure Game Coming Soon