The first rule of a mastermind group is not to confuse a mastermind with any garden-variety meeting. While masterminds are technically a meeting of people with similar goals or passions, the similarities end there. Whereas meetings are typically structured around an agenda, mastermind groups begin with a loose question or theme before letting the conversation lead where the participants guide it.

“Mastermind has become such a buzz word that we’ve lost the context of what it’s supposed to be,” says KW MAPS Coach Meagan Henry of Georgetown, Texas, who has been with KW since 2014 and spent her career in operations. “For us, masterminds happen inside of a community, and the goal is everyone leaves smarter.”

Henry, along with KW MAPS Coaches Zach Roberts of Ohio and Paula Grimes of Denver, runs several mastermind groups, including groups who meet every week virtually or in person, as well as longer three-day retreats, all built around like-minded participants. Roberts offers an example.

“It’s about collective knowledge,” Roberts says. “It’s easy to hear Gary Keller on stage say to fail and fail fast, but what does that look like? We don’t always have time in the office to discuss failures, so where do you go to have those conversations? You need a group where you can be vulnerable.”

In addition, Grimes believes that masterminds are a way for her, Roberts and Henry to provide added value to their coaching clients.

“One thing we all have in common is giving our clients a platform where they can come together and have conversations with each other,” Grimes says. “It’s not about us as we do this. It’s about how we create the environment so that they can learn from each other.”

The first step is crafting a community that’s ripe for growth, because without the right group of people in the room, your efforts to run a mastermind group will fall short of the goal.

“Who is part of that community is key,” Grimes explains. “If you put operations and agents in the same mastermind, operations will not say a word, they will not share, and they will allow the agents to take over and run with it. If you put high-producing agents with brand-new agents, brand-new agents won’t say anything because they don’t feel like it’s their room.”

In offering advice for how to build your mastermind group, Henry suggested starting with a tool that all agents have at their disposal – the database.

“If I’m talking to an agent about creating a mastermind, I’d talk about segmenting and who in my community I’m really trying to connect with,” she says. “With a database, all you have to do is give a call-to-action around a theme, and they will come. Once you put out what your destination is, the people who are drawn to that will show up.”

After the call has been issued and members begin meeting, how do you know if it’s working?

“If you put the right people in the right space, then you watch the results happen,” Henry says. “Our net worth mastermind, for instance, had a client coming who had mountains of debt. He got out of debt in a year and a half through the mastermind. Those people think about money differently, and everybody was pouring into that situation and helped him come up with a plan that expedited that. In another mastermind group, it would’ve fallen flat. The results really depend on the community.”

Finally, when creating your community, don’t get too tied up in the turnout.

“If you have 10 people and they’re fully engaged and all learning from each other, that’s great,” Grimes says. “If 100 people show up, that’s great too. It’s whatever happens with whoever turns out that matters.”

Related reading: Be on Your Way to Doubling Your Business and Shifting Your Mindset With KW MAPS Coaching

In order to allow participants to get into the nitty-gritty details, it’s critical to strike the right balance between offering a clear theme and getting out of the way so conversations can unfold organically. This is one reason why organizers may refer to the gathering as a “space” as opposed to a meeting.

“It’s less about us creating the content because they create that,” Roberts says. “It’s more about naming the space and giving it a theme so there’s vulnerability there to get them thinking. If you plan that out too much, you lose some of that opportunity for them to discuss. If you give them the map, they’re not willing to explore as much. If you give them the destination, they create a path to get to the end through conversations and questions.”

Another suggestion is to have one meeting prior to the mastermind beginning that allows everyone to meet and get their nerves out, which in turn facilitates deeper conversations going forward.

“It’s more of creating the opportunity and space for them to connect with each other,” Henry says. “People need the opportunity to take over, even just creating space for them to tell about themselves breaks the ice. They start to say why they’re there and that welcomes them into this personal stuff really quickly. For a mastermind about growth, we ask them to say who they’re becoming, and they go instantly into the personal and do all the heavy lifting.”

For Grimes, this is an easy way to tell if the mastermind group is successful.

“The masterminds we get most excited about are the ones where we’ve left and hardly said a word,” she says. “It’s been all them giving feedback to each other.” 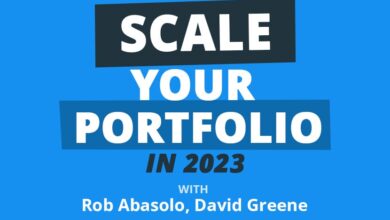 The 3-Step System to Scale ANY Real Estate Portfolio 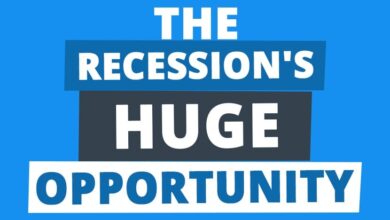