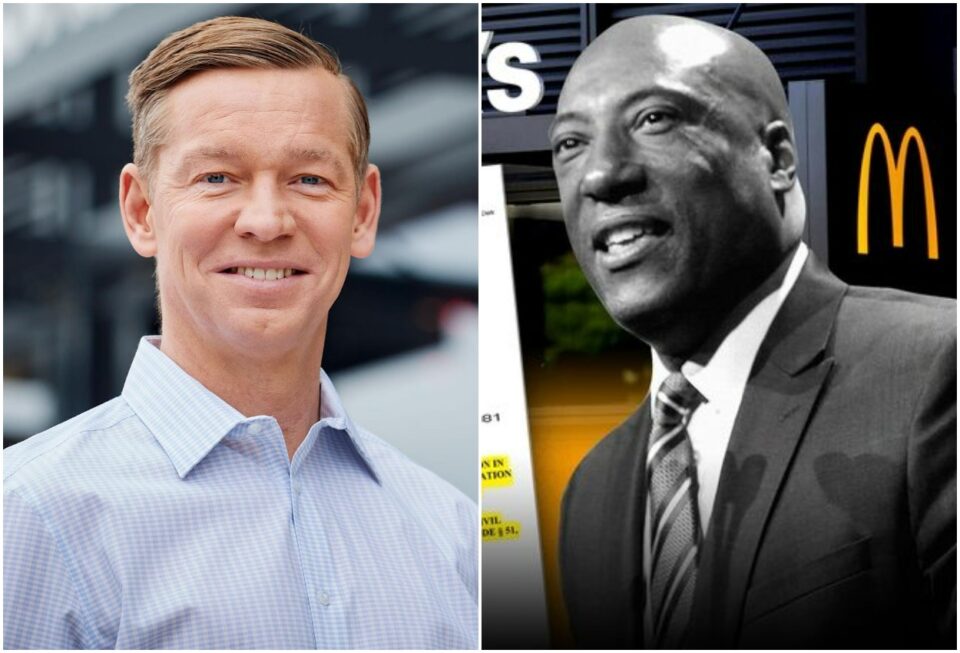 On Sunday, Allen ran full-page advertisements in the Detroit Free Press and The Chicago Tribune. On Monday, the ad ran in The Wall Street Journal condemning Kempczinski for perpetuating a “toxic, racist culture” at the fast-food chain and demanding McDonald’s fire him.

McDonald’s is currently facing racial discrimination lawsuits from its Black franchisees and its Black executives.

“Even under all this scrutiny, the racist behavior continues. As we sit here today, the presiding judge in our $10 billion racial discrimination lawsuit against McDonald’s has set a trial date and the case has entered the discovery phase and we are highly confident much more will be revealed,” the letter states.

“With both, the parents failed those kids which I know is something you can’t say. Even harder to fix,” Kempczinski wrote to Lightfoot.

McDonald’s has not responded to Allen’s request, but Allen has an ally in the Service Employees International Union.

“Byron Allen is 100% right in his statements about McDonald’s unacceptable toxic, racist culture. Workers in the Fight for $15 and a Union have been sounding the alarm about systemic racism at McDonald’s for years and SEIU has supported their efforts to hold the company accountable every step of the way,” Mary Kay Henry, president of SEIU, said in a statement according to the Free Press. “I join the call on McDonald’s board of directors to remove the President and CEO, Chris Kempczinski, immediately, as one step in the many needed to address the systemic racism workers have decried for years.”

The letter comes as Allen is still battling with Detroit automakers to win multiyear advertising contracts with the Allen Media Group and other Black-owned media.

Allen names every member of McDonald’s board of directors, demanding they make changes immediately.