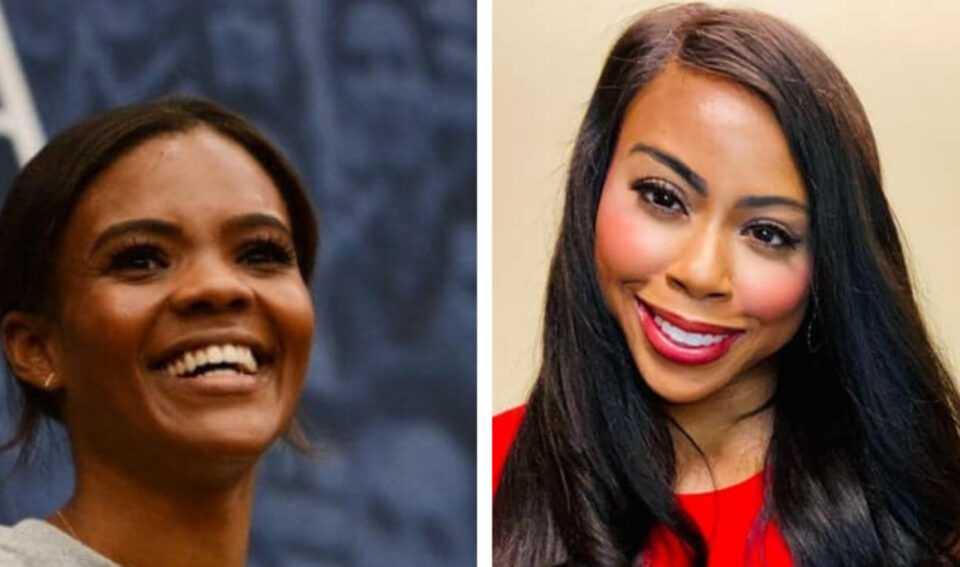 
Conservative agitator Candace Owens, who is no stranger to controversy is embroiled in a battle with another conservative Black woman who has sued her in a defamation lawsuit.

According to The Baltimore Sun, Black conservative politician Kimberly Klacik has filed a lawsuit against Owens for $20 million in damages due to a video that Owens posted on her Instagram account that alleged that Klacik committed campaign fraud, money laundering, illegally used drugs, and was a “Madame” of a strip club.

Klacik was a Pro-Trump Republican who ran against and lost to Democratic Rep. Kweisi Mfume for a chance to represent the Maryland district that was once held by the late Elijah Cummings. She gained notoriety as a featured speaker at the Republican National Convention back in 2020.

On June 22, Owens took to Instagram Live to state that that the charity that Klacik runs, Potential Me, was illegitimate, and also stated that Klacik was a stripper at a club owned by her husband and that she misused campaign funds according to Klacik’s lawsuit. The documents that were filed at Baltimore County Circuit Court, alleges Klacik lost a book deal, several politicians had canceled fundraising appearances with her, and she lost a contract with a “nationally recognized vendor” after the video was posted.

Although several requests have been directed to Owens to remove the video, she still has not done so.

“Baseless character assassination has no place in political dialogue‚” Klacik’s attorney, Jacob Frenkel, said in a written statement. “The defendant chose to use her huge social media platform to attack a respected Baltimore political figure; we are using the proper forum — the power of the courts — to respond. The detail in Ms. Klacik’s lawsuit speaks for itself.”

Owens has responded via social media:

LOLLL ??
Kimberly Klacik is a former stripper fraud who has me blocked on EVERY social media account since I exposed her shady FEC filings. She launched an obviously frivolous lawsuit (read it) about me calling her a “madame” to distract/avoid questions about her FEC filings. https://t.co/ahYecEfNp4

Every person who gave to her campaign should demand answers about where her money went— particular, to “Fox & Lion LLC” as well as to “Pearl Events”—.
Any journalists who wants to be taken seriously should look into her FEC filings.
It’s the GOP story of the year.

In case you are missing the guts of this story— you can start here: https://t.co/GV9UkZUjOW

She is also frivolously suing journalists who investigated this video and determined I was telling the truth.

Dealing With A Loved One With Alzheimer's Disease