The ongoing CES 2022 has produced a sleuth of new products, including GPUs, CPUs, laptops, tablets, smartphones, and several more consumer electronics. Additionally, Microsoft and Qualcomm have joined hands to explore more of the metaverse. The duo is now working on a metaverse chip for AR glasses.

Qualcomm is now working with Microsoft on custom processors, designed for lightweight gadgets like AR glasses. More importantly, the new chips are designed for both businesses and consumers to work on apps in the metaverse.

“We’ve been talking for years about the possibility of having wearable augmented reality devices that will gain scale,” said Qualcomm chief executive, Cristiano Amon at the CES 2022 event in Las Vegas. The press conference announced the new partnership between the two companies to develop custom chips.

The deal will also include software for developers to create apps in the virtual world. The apps are aimed at both professional and causal worlds, where people can work and play in the metaverse using AR glasses. Speaking of the software, Amon said Qualcomm is working with a Microsoft software product called Mesh.

Going into the details, he explained Microsoft Mesh is vital for realistic AR experiences. Mesh allows users to beam a realistic appearance of themselves into the headset of another user. This further allows them both to experience as if they’re in the same room, sharing the same experiences.

“Our goal is to inspire and empower others to collectively work to develop the metaverse future – a future that is grounded in trust and innovation,” Rubén Caballero, corporate vice president for mixed reality at Microsoft, said in a statement.

We’re thrilled to announce our collaboration with @Microsoft to expand and accelerate the adoption of #AR for consumers and enterprise. By working together on designing custom AR chips and integrating software platforms, we’re allowing greater access to the #metaverse. #CES2022 pic.twitter.com/y6lKbsjWbL

AR and the metaverse are going to be the future and Qualcomm is tapping into it already. Qualcomm also announced the Snapdragon Specs, which is a software that future hardware developers can tap into. Snapdragon Specs helps in gauging AR functions like mapping physical spaces for digital objects to be seamlessly placed or overlaid.

Snapdragon Specs also helps in hand-tracking with AR, allowing the user to move around and adjust objects in the metaverse with just hand gestures. Neither Qualcomm nor Microsoft provided details on the availability of the chips or the AR headsets. We can expect the new chip coming on the next-gen Microsoft HoloLens.

Four Strategies for Building a Bigger Sphere-Based Business in 2022

The Meanings of 13 Common Sex Dreams, According to 3 Experts 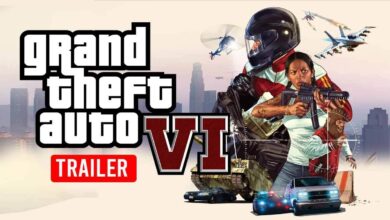