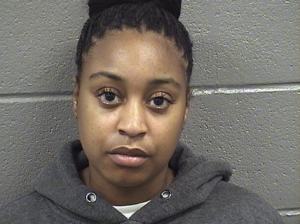 An on-duty Chicago cop has been charged with shooting a man in a local train station over one year ago.

On February 28, 2020, cell phone footage captured Bogard shooting 34-year-old Ariel Roman in the back as he went up a platform at the CTA Red Line Grand station. The news outlet reported that the station is one of the city’s busiest stops.

According to the news station, Bogard and her partner Bernard Butler pursued Roman after he exited the train around 4 p.m. Police claimed the man had illegal drugs and was walking between train cars.

The Civilian Office of Police Accountability (COPA) released (click link for video) footage of the incident two months after the shooting occurred. As Bogard and Butler attempted to detain Roman, the two officers tussled with the man. He got a hold of the officers’ pepper spray as he got his footing. The video footage also showed Bogard and Butler deploy their tasers. The video footage also captured Butler telling Bogard to shoot Roman. The suspect ran up the stairs, and Bogard fired more than once.

Roman suffered gunshot wounds to his buttocks and hip. He was hospitalized and released.

Andrew M. Stroth, a civil rights attorney representing the man, explained that his life hadn’t been the same since the shooting.

“He has a bullet lodged in his lower back next to his cystic nerve, and he had another bullet go through his abdomen,” Stroth said. “He had additional surgeries to his intestines.”

Despite being shot, Roman faced two charges– resisting arrest and drug charges. Foxx dropped the charges at the request of the Chicago Police Department.

The two officers were stripped of their duties pending the COPA investigation.

Now a federal investigation has been opened against the officers. Authorities mandated that Roman appears in court before a grand jury to produce his medical records, according to NBC5.

Bogard surrendered to investigators on Thursday morning and was scheduled to appear in court for a bail hearing at noon the same day.

Life is Fragile: Love Like Today Could Be Your Last