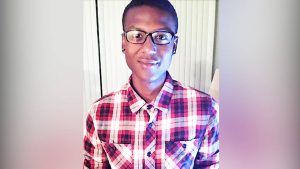 The city of Aurora, Colorado, issued the largest police-related settlement in the state’s history.

On Wednesday, Aurora city officials agreed to pay a $15 million settlement to the family of Elijah McClain in response to the federal civil rights lawsuit filed over McClain’s police-caused death. Financial details have not been released, as Sheneen McClain and Elijah McClain’s biological father, Lawayne Mosley, figure out how the settlement will be divided, CBS4 reports.

“The city of Aurora and the family of Elijah McClain reached a settlement agreement in principle over the summer to resolve the lawsuit filed after his tragic death in August 2019,” a statement read.

“City leaders are prepared to sign the agreement as soon as the family members complete a separate but related allocation process to which the city is not a party. Until those issues are resolved, and the agreement is in its final form, the parties cannot disclose the settlement terms.”

McClain died in 2019, several days after a police encounter where he was confronted while walking home and wearing a mask. Someone called the police saying that McClain looked “sketchy.” During the confrontation, police got physical and put McClain in a chokehold.

After going into a panic, paramedics arrived and injected McClain with ketamine, a powerful sedative that sent him into cardiac arrest, KDVR reports. McClain was not armed.

The three police officers and the medics who sedated him all face manslaughter and criminally negligent homicide charges.

Following the reached settlement, McClain’s mother released a statement thanking supporters who helped give her son’s case the attention it deserves.

“Ms. McClain would like to thank the community for its incredible support, love, and commitment to ensuring that Elijah’s death would lead to meaningful reform,” an attorney for Sheneen said.

“Ms. McClain raised Elijah as a single mother and his death has left an enormous void in her life. While nothing will fill that void, Ms. McClain is hopeful that badly needed reforms to the Aurora Police Department will spare other parents the same heartache.”

HumanKind: A Feel-Good Book That Can Lift Your Spirits & Change the World