Xbox has kicked off Gamescom with a 90-minute showcase featuring in-depth looks at several of its upcoming games. Right in the middle of the action, co-hosts Parris Lilly and Kate Yeager got a little Medieval, showing off a quick trailer for Crusader Kings III. The short, new look at the game revealed the wildly popular, PC exclusive strategy role-playing game by Paradox Development Studio is coming soon to Xbox Series X/S. The video emphasized Crusader Kings III’s dramatic tones while also giving us a little glimpse of how the mechanics have been adapted for Xbox controllers. You can watch the full reveal above. 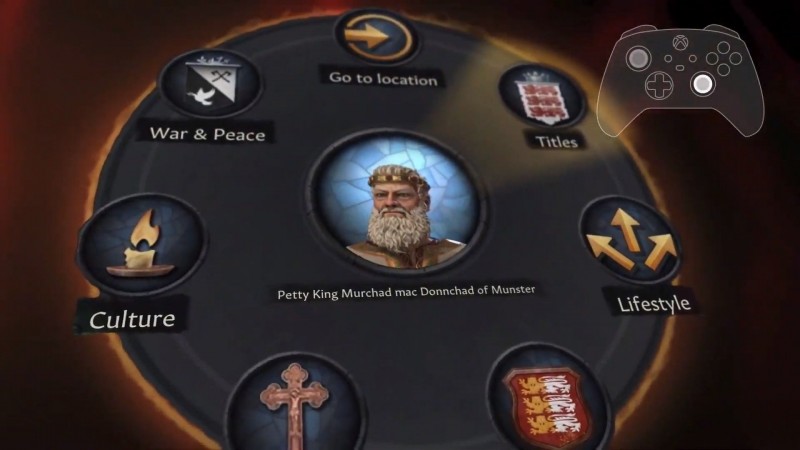 The trailer did not give any details on when we can expect the game to make the jump, but it does mention Crusader Kings III will be available on Game Pass on the first day of the console launch. When the game originally released in September of last year on PC, players leaped at the chance to rule. More than one million copies of the title had sold in its first few months, but the game’s sales numbers weren’t the only thing making headlines. Players dove hard into the role-playing, stirring up all kinds of bizarre, Middle Ages-inspired drama. Now, it’s time for console players to ascend the throne and see if theirs will be a reign of peace or terror.

Crusader Kings III is not the only noteworthy Game Pass news of the show, however. Team Green’s Gamescom event unveiled ten other games joining the service when they launch. Several of these are set to release this year, including Unpacking, a relaxing indie title all about getting your space in order, and Chinatown Detective agency. Already out and available on Xbox Game Pass is Dodgeball Academia, which wonderfully blends sports and storytelling. You can read more about the title in our review here.