Digital replicas of buildings and cities will one day link together to form a parallel world where people work, play and socialise, according to David Weir-McCall of gaming company Epic Games.

Weir-McCall has predicted that the fast-growing phenomenon of digital twins will merge with the metaverse, an evolving network of digital spaces that includes video-game environments and virtual-reality worlds.

“The metaverse is this digital world that lives alongside our physical one and allows us to live, work and play alongside each other,” said Weir-McCall, a business development manager for Epic Games with a background in architecture and technology.

“And digital twins are the foundations that the metaverse will be built on,” he told Dezeen.

The next version of the internet

Digital twins are clones of real-world objects and systems. The technology is revolutionising the way architects and designers work. In a recent interview with Dezeen, Mansoor Kazerouni of architecture firm IBI Group described them as “a very powerful way of developing, evolving and designing our cities.”

The metaverse, meanwhile, is often referred to as the next version of the internet, featuring video-game-style interactivity instead of static web pages. A primitive version of this was demonstrated at Dezeen’s Metaverse Meet-Up earlier this year, where over 200 guests used their keyboards to direct simple avatars around a virtual rooftop bar where performances, discussions and conversations took place.

A more sophisticated version features in sci-fi blockbuster Ready Player One, where the action follows characters as they move between the real world and a digital universe called the OASIS.

But the best-known example of the metaverse is Epic Games’ Fortnite, which is the most successful video game of the past decade. With 350 million users as of May 2020, Fortnite has developed from a multiplayer battle game into a virtual destination where users go to do much more than just play.

In April 2020, music artist Travis Scott staged a virtual concert inside the game that was attended live by 12.3 million people. It was a global phenomenon that sent the American rapper to the top of all music charts and earned him a reported $20 million.

“Fortnite is a very early beta of a metaverse,” said Weir-McCall.

“It is more than just a game. It hosts concerts, it hosts entertainment spaces, you can go in and socialise with your friends. You don’t have to go in and blow each other up anymore.”

However, metaverse environments like Fortnite are fantasy worlds that are entirely separate from real-world spaces, even if they are modelled on them. Things that happen in the metaverse are not reflected in reality, and vice versa.

“If the metaverse is an equivalent reality that coexists next to the physical reality, there needs to be a connection,” said Weir-McCall.

Digital twins offer this missing element and so can provide the connection, he said. They are linked to live streams of data gathered from sensors and other connected devices, which allows them to mirror, analyse and predict the behaviour of their real-world equivalents.

Epic Games is already exploring the potential of linking its gaming worlds to digital twins via an expansion into the world of architecture and urbanism.

The company created a new version of Unreal Engine, the gaming engine behind Fortnite, especially for architects, engineers and construction professionals. Called Twinmotion, it can be used in the design and management of buildings and infrastructure. 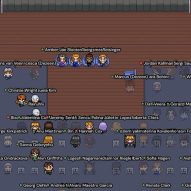 Andrés Reisinger, Space Popular, Amber Slooten and Charlotte Taylor discuss how “the virtual world and the real world will integrate”

This software is now being used by digital-twin providers to create highly realistic virtual replicas of entire cities. For example, Chinese company 51World has used it to create clones of Shanghai and Singapore, which can be used to measure the impact of new developments and for risk assessment.

Weir-McCall said the goal is to make it easy to capture the real world then implant it into Unreal Engine in the form of a digital twin.

“We’re building this environment where people can capture the real world in minutes,” he said, “and we’re creating a pipeline through that so they can connect to the internet of things, they can add in layers of sensors.”

The software company is also looking at other technologies that can help people build parallel worlds. Earlier this year it launched MetaHuman Creator, an app that can create lifelike virtual humans for games and movies.

Weir-McCall believes the people visiting the metaverse will use virtual humans like these as avatars. These “metahumans” could even be dressed in virtual outfits designed by digital fashion houses such as The Fabricant, which creates clothes “that only exist in a digital space and never exist in the physical world,” according to the label’s co-founder Amber Slooten.

“In these digital worlds that we’re going to create, we will all need a representation,” Weir-McCall said. “This is a way of creating your digital replica, which will exist in these spaces as you exist in the physical one.”

“The metaverse is what we’re building up to,” he concluded, “and digital twins are just part of that conversation.”