For a man with all the time in the world, Colt Vahn is very impatient with his current predicament. I can’t say I blame him, though. He’s stuck in a timeloop. After playing 12 Minutes and Deathloop back-to-back, timeloops feel like one of the more annoying situations you can find yourself in.

Deathloop begins in media res, as Colt is murdered by a mysterious woman named Julianna Blake. As soon as he passes from the mortal coil, he wakes up on a strange beach with no knowledge of who he is, where he is, or how he got there. He’s understandably a bit shocked by the whole ordeal, having just been brutally stabbed to death.

Julianna soon makes contact, explaining to Colt his situation, and by extension, the rules of the game. He’s on an island named Blackreef, where time is perpetually stuck; the people here live the same day over and over again, ostensibly for the rest of eternity. Aside from being his murderer, Colt has no clue who Julianna is or why she’s talking to him. Julianna, on the other hand, knows Colt very well and is upset with him for something Colt doesn’t remember. She tells him she will hunt him down continuously, killing him every chance she gets. Recognizing this is no way to live the rest of his life, Colt vows to free himself of the timeloop.

I had the chance to play through Deathloop’s opening section, as well as about five hours of the game’s story. Because Colt has no clue what’s going on, it puts the protagonist on a level playing field as the player, which conveniently allows the game to be frontloaded with tons of lore establishing Deathloop’s world and rules. Done wrong, this can be an exhausting way to start a story, as the player is inundated with more proper nouns than they know what to do with. Luckily, Deathloop’s two main characters are immediately likable. Colt fills the shoes of the player surrogate well; he’s constantly annoyed with the situation, and never treats the game’s world as if it’s something to marvel at. He just wants to figure out what he needs to do and leave. Julianna is a great foil. She doesn’t want Colt to leave; she wants to continue killing him. Over Colt’s headset, the duo’s constant banter brings a liveliness to the characters, who are both very well written and often funny. 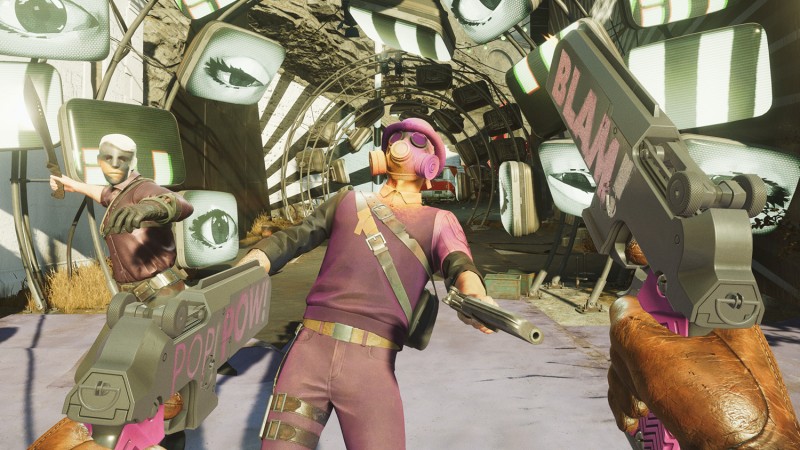 It takes a bit of time to get through Deathloop’s opening, but once you’re set loose on the island of Blackreef, the game’s clockwork-like puzzle structure begins to present itself. Colt learns about eight Visionaries living on the island. If he can kill all eight within one day, it will break the timeloop. If he fails, then they come back the next day when the loop repeats, meaning he has to start from scratch.

Deathloop is developed by Arkane Studios. If you’ve played and liked games made by Arkane, like the Dishonored series or Prey, then Deathloop will feel instantly familiar. It’s an immersive sim. Blackreef is an expansive and deep world you’re encouraged to explore, experiment within, and bend to your playstyle using various powers and weapons. You can go in quiet or loud, discover multiple paths to any given objective, and use objects within the game’s world in unique and creative ways. No matter what you do, more often than not, the game will react to your actions. If you haven’t enjoyed Arkane’s past games, I’m not sure Deathloop will win you over; it is largely just more of that specific style of experience. But if you do like Arkane’s prior output, Deathloop has the makings of a great entry in the studio’s portfolio.

Blackreef is broken into four large districts, each with its own leads, access to Visionaries, and unique storylines that both progress the main plot or serve as side content. Each district has its own unique flare – from a large city center hosting a massive party to an expansive research station near the coast – and going at different times of day changes everything from who and what is available to where guards patrol. You can choose to explore a district at four times of day: morning, noon, afternoon, or evening. At the end of the day, everything resets, but you do get to keep the knowledge you gained from one loop to the next, meaning you don’t have to start leads over. This is a thankfully welcome feature that makes the game far more inviting to the player, and less punishing than other timeloop or roguelike-adjacent titles.

During my time with Deathloop, I didn’t progress too far in the story to see how many Visionaries I could take down. However, playing around in Blackreef during different times of day presents fun and unique challenges that had me trying out new approaches every time I visited a level. For example, discovering a lead in one district at night may open an opportunity in a different district in the afternoon, and so on. 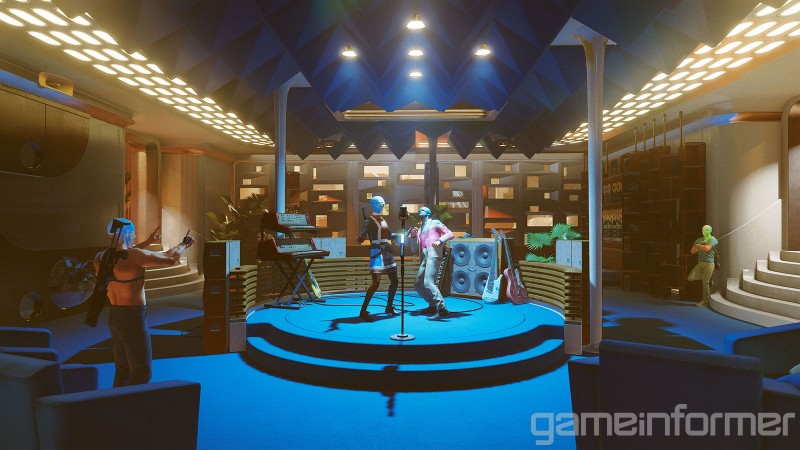 Tracking leads throughout Blackreef quickly became my favorite part of playing Deathloop. The killing and powers are cool, too, but with limited time with the game, I just explored, seeing how the world opens up and how my opportunities change over the course of a day. I’m barred by an embargo agreement from publisher Sony from talking too in-depth about specifics, but I will say that once I pieced enough together in the world to find and access my first target, it was immensely satisfying and felt like the ends had justified the means. It takes a while to get to the bottom of any mystery in Deathloop, and based on early impressions, the game does a good job of paying back your time with fun new ways to play. I’ve already begun dreaming of new ways to tackle objectives and targets; I can’t wait to play more to see if my schemes work.

I didn’t get to see Deathloop’s online components. At various times in the game, Julianna hunts Colt, and the two will have a firefight. The catch in Deathloop is Julianna is played by a real person who’s entered your game. Sadly, she wasn’t in my preview, so aside from a scripted fight with Julianna meant to serve as the mechanic’s tutorial, I can’t speak to how well it works or if it’s fun having someone infiltrate your game.

After five or so hours with Deathloop, its combination of solid characters, interesting story threads, and overall solid take on the immersive sim genre has me immensely interested in playing more. The one-day time limit and the crux of learning how to kill eight different targets within that timeframe – an intricate ordeal, to say the least – creates a satisfying puzzle. We’ll see whether or not that will all pay off in the end. But Deathloop starts strong and has me fascinated to play, experiment, and see more of its weird world.