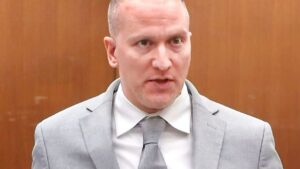 For the first time, Chauvin admitted to keeping his knee on Floyd’s neck even after he knew Floyd became unresponsive. The knee to the neck resulted in Floyd’s death and sparked nationwide protests and unrest.

With his latest guilty plea, Chauvin admitted to willfully depriving Floyd of his right to be free from unreasonable seizure by way of kneeling on Floyd’s neck even though he was handcuffed and not resisting. A second federal count in Floyd’s death was dismissed,

Chauvin also pleaded guilty to another civil rights violation stemming from an unrelated 2017 case involving a then-14-year-old boy whom Chauvin held by the throat and hit in the head with a flashlight, USA Today reports. In that case, Chauvin also held his knee on the boy’s neck and upper back while the teen was handcuffed and not resisting.

The changed plea comes a few months after Chauvin pleaded not guilty in September. Back in April, Chauvin was found guilty of murdering Floyd with the deadly knee to the neck while Floyd lied handcuffed on the ground. In June, Chauvin was sentenced to 22 and a half years in prison.

With Chauvin pleading guilty to the civil rights violations, he’s expected to serve 15 years in prison on the state charges and 7½ years on parole. Chauvin and three other former officers – Thomas Lane, J. Kueng and Tou Thao – were all of violating Floyd’s civil rights.

“I’m guessing he actually negotiated something that would allow him to see the light of day before he leaves the Earth,” local defense attorney Mike Brandt said.

They were set to go to trial in late January. Now, the three other officers involved are scheduled to go to trial in March. None of them changed their not guilty pleas as they are not expecting lengthy sentences like the one served to Chauvin. 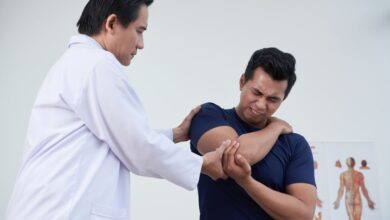