Much like the first Destiny, Destiny 2 fell into a rut at launch. The game launched under the Activision helm as its publisher and while the team did include a more in-depth story as requested from fans of the first game, the endgame content and most immediate subsequent expansions did little to connect with players. Between the controversies of paywalls, convoluted narratives, and a grind that didn’t seem to be going anywhere, Destiny 2’s future started out in a precarious place. Then Bungie separated from Activision and became its own studio once more and while unraveling influence on that scale takes time, we first saw the teams gain their footing with the Forsaken DLC (which was pre-separation, but marked a significant turning point in how the storytelling evolved), and then again with Shadowkeep. Where Bungie truly found its rhythm was with the Season of the Chosen and Splicer, weaving meaningful tales that go beyond what we’ve seen before within the game. Bungie explored themes only briefly touched on in the past and that decision continues to pay off.

During the recent Witch Queen showcase, Bungie confirmed that it has seen the positive reactions from the community regarding the last two seasons and that the team wants to lean into that, eschewing the reliance on grimoires and making the story more available for all to enjoy. Season of the Lost has only just begun, but it has already shown promise for continuing on the powerful momentum gained with the previous two seasons.

Beyond this point contains spoilers for an important scene in Season of the Lost, if you do not wish to be spoiled

do not read past this point.

If you’ve been following my coverage through the last two seasons, then you know I’ve been pretty adamant that I thought Osiris was who Savathun was masquerading as, a fact we learned during Season of the Splicer following Chosen heavily teasing her corruption throughout the City. I have also been convinced that the takeover happened following Osiris’ Ghost’s death, Sagira, so imagine my elation and trepidation when both theories turned out to be true. What I loved about this confirmation, however, wasn’t that I was right, but how Bungie told this particular story. Just as with Chosen and Splicer, it’s clear that the various teams that work towards fulfilling the creative vision of Destiny 2 have found their cohesive stride, and that flow radiates throughout the narrative. It’s not just about the story anymore, it’s about the tone and how it’s told, and that has seen a drastic pivot in the past year when exploring the complexities of the human experience – even if we aren’t all human.

When Savathun detailed all of the ways she “helped” the Guardian and the City against various threats, with the most recent aid against the Vex and Lakshmi’s influence, she explained the moment when the Osiris we know became something else. Season of the Chosen explored Zavala’s grief and the impact it had on his life, his perception, and his relationship with those around him. Season of the Splicer explored Saint’s self-actualization and growth as his own man while Crow struggled to find his place in this new world. Season of the Lost kicked off exploring the impact of Osiris’ grief after losing his closest friend, his ghost Sagira. Sagira perished when she and Osiris began investigating the Cryptoliths at the hand of a High Celebrant of Xivu Arath. She died protecting Osiris, a fact that he couldn’t come to terms with. 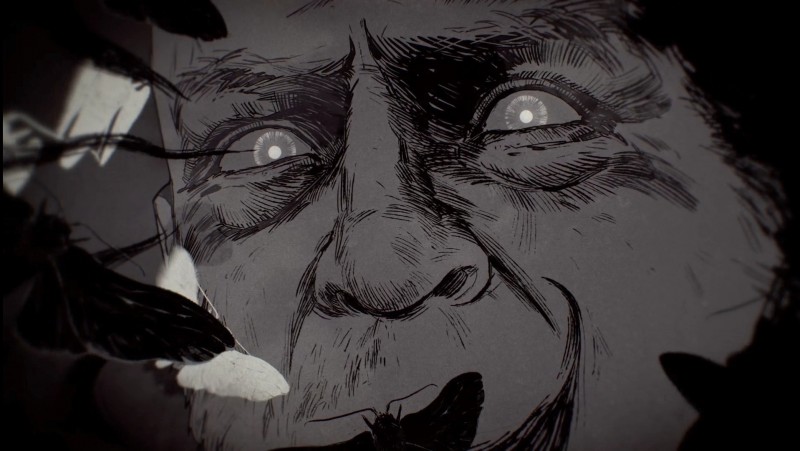 In his grief and guilt, Savathun found her “in.” Taking over the form of Osiris, the Osiris that we’ve grown closer to over the past seasons, the Osiris that guided Crow into learning who he is following the death of Uldren Sov, is not Osiris at all. The lover of Saint-14 is lost and we will need to find him through aiding Mara Sov in her quest to purge the Dreaming City of its curse and recover the tech witches that have also been lost throughout the game’s events. But it wasn’t just that she was able to secure him through his grief, it was the way she explained his grief that truly made this arc hit home. Savathun is known as the queen of lies, which means she has the power to shape our perceptions and shake up all that we know to be true. With her garnering of the Light and creation of Hive Guardians, her silver tongue has already begun its influence in Season of the Lost, tampering with the tapestry of truth that we’ve thought up until this point. The recounting of her takeover to the Guardian balanced empathy while flirting with a condescending tone, almost the way you’d talk to a child. It was that blade edge that made me feel for Osiris and hurt for Saint, but it also made me worried that another theory I had could possibly see fruition: are we the bad guys? Are there bad guys at all, or are we all just floating in a sea of grey?

We are only at the start of this season and our quest to help Mara Sov. With Mara’s comments about Uldren’s death and his transformation into Crow and with the trepidation felt at the thought of conspiring with Savathun, this season is already shaping up to be a wild ride. I can’t wait to see what’s next, especially with all of the new features on the horizon with Witch Queen’s arrival next year. If you missed the showcase, check out our recap here of all of the things we are the most excited about.

The Inside Story Of Mockumentary Sequel 'Bringing Back Golden Eye' - Feature