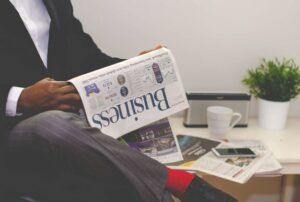 According to a survey by the Bureau of Labor Statistics, Americans are quitting their jobs in record numbers.

On Friday, the labor organization revealed that 4.4 million people walked away from their employers in September, increasing 3%.

Although the workforce report included all aspects of labor and jobs in the nation, the study disclosed that “quits increased in several industries with the largest increases in arts, entertainment, and recreation; other services; and state and local government education. Quits decreased in wholesale trade. The number of quits increased in the West region.”

The Washington Post reported that employees are abandoning jobs for many reasons, including COVID-19 related changes like lack of child care and safety worries. Many are also quitting in search of better wages and benefits. Stimulus checks and extended unemployment benefits allowed employees to create a nest egg– making it easier to chuck the deuces to undesirable positions.

“There are likely some delta-induced quits here,” said Daniel Zhao, an economist at Glassdoor, told WaPo. “Workers are fed up with working conditions and feel unsafe and quitting even though they might not immediately jump into a new job.”

The bureau also concluded that with desperate employers raising wages, workers are also holding out for money.

Even seasonal jobs are taking a hit.

Labor force experts attribute the shakeup to potential employees demanding what they expect in terms of working for companies. Wages are no longer a single determining factor whether or not employees accept positions.

With the job market shifting in favor of employees, it’s time employers examine if their company is worth working for and make the necessary changes.