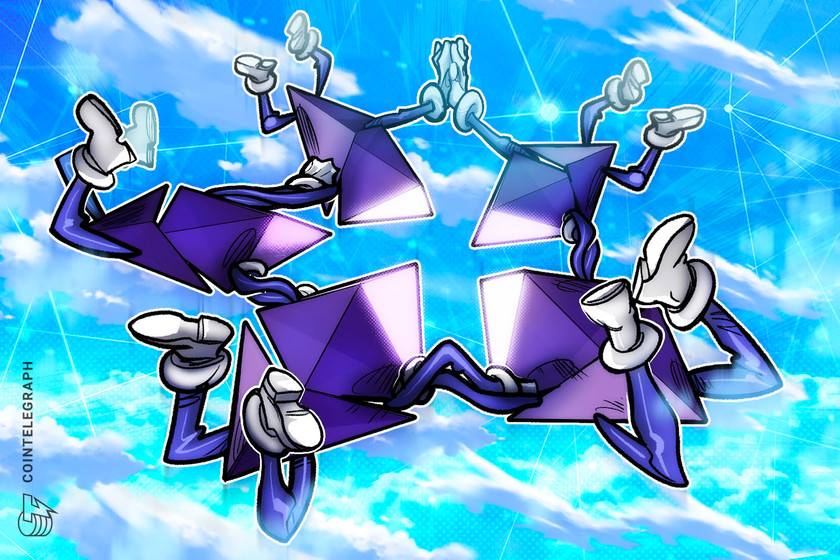 A recent report from the Ethereum Enterprise Alliance (EEA) highlights how the Ethereum ecosystem has matured to a point where the network can be used by businesses to solve real-world problems. From supply chain management use cases to payment solutions utilized by companies like Visa and PayPal, the report demonstrates how the Ethereum network has grown to become one of the most valued public blockchains.

Although notable, the EEA report also points out that the rapid growth of the Ethereum ecosystem has created a number of challenges for companies, specifically regarding energy consumption, scalability and privacy. For example, the document states that “sustainability was cited as one of the main concerns, along with transaction fees, in relation to using the Ethereum Mainnet.” The report further explains that the transparency associated with a public blockchain like Ethereum has been a hurdle for enterprises seeking data security and trust.

As such, upgrades such as sharding and layer-2 (L2) scalability solutions remain critical for businesses using the Ethereum network. Yet, the complex nature behind such implementations continues to be difficult for companies to navigate. For instance, the EEA report states that “Many layer 2 solutions and sidechains are relatively new projects, with relatively new technology. They do not necessarily have the track record or proven security and stability of the Mainnet.”

The Merge will change how enterprises view Ethereum

However, industry experts predict that the Ethereum Merge, which is scheduled to take place on Sept. 14, will likely improve enterprise adoption. Paul Brody, global blockchain leader at EY, told Cointelegraph that while the Merge will not affect most enterprise use cases that are presently in use, it will change how businesses perceive Ethereum. He said:

“For years, competing layer-1 networks have talked about how Ethereum can’t get the Merge done. The incredible organizational maturity of Ethereum has been working nicely in the background to do it in a careful and professional manner. As an enterprise, that’s the kind of institutional maturity I want to see.”

Although the Merge has been in development for several years, Brody explained that upgrades on mission-critical infrastructure should never be rushed. As such, he believes that this will remain a key point for businesses using the Ethereum network. “I think future efforts to dismiss Ethereum won’t get much airtime in the post-Merge era,” he said.

While it’s too early to detect how enterprises will react to the Merge, Robert Crozier, chief architect and head of global blockchain at Allianz Technology, told Cointelegraph that his firm will monitor the progress of the Ethereum Merge to see how it stabilizes certain use cases.

Recent: How high transaction fees are being tackled in the blockchain ecosystem

This is noteworthy, as Crozier shared that Allianz has only considered Ether (ETH) and Ethereum-based use cases for experimentation purposes on a small scale. The insurance giant currently uses Hyperledger Fabric and the decentralized ledger platform Corda to streamline cross-border auto insurance claims throughout Europe. Crozier added:

“At Allianz, our International Motor Claims Settlement product utilizes Hyperledger Fabric at its core. We would need to understand and be confident that other protocols like Ethereum would deliver the similar benefits in terms of ease of use, scalability and finality.”

Shedding light on this, Ivan Brakrac, senior decentralized finance market strategist at ConsenSys, told Cointelegraph that although the Merge does not directly increase scalability, a number of planned upgrades to Ethereum will address scalability over the next few years.

For example, Brakrac explained that transitioning the Ethereum network from proof-of-work (PoW) to proof-of-stake (PoS) was the first step to enable “shard chains.” As Cointelegraph previously reported, sharding is the act of dividing up a database, or in this case, the blockchain, into various smaller chains known as shards.

“This will reduce network congestion and increase transaction throughput,” Brakrac remarked. This is key for adoption, as Brody shared that EY’s enterprise clients looking at supply chain applications are going to need support for 2–20 million transactions per day. “Pre-Merge Ethereum could not have accommodated this,” he said.

Regarding privacy, a report entitled “The Merge for institutions,” published by ConsenSys on Sept. 5 mentions that L2 solutions also address privacy concerns for enterprises. An increase in L2s will unlock greater privacy mechanisms for business use cases.

“Privacy starts to unlock a much bigger set of use cases for enterprise users. For example, instead of minting one token that represents a batch of product and gives origin information, I can mint one token for each piece of inventory, and then I can manage specific supply chain inventory levels across a multi-company network on Ethereum.”

In addition to scalability and privacy, sustainability concerns will be addressed once the Merge is implemented. According to Brakrac, Ethereum currently uses an inordinate amount of electricity, noting that the Merge will reduce energy usage by 99%. “This will make Ethereum very sustainable in the long run. By design, this further secures the network and resolves an environmental concern which is net positive from the institutional adoption standpoint,” he said.

Indeed, industry experts believe that sustainability efforts addressed by the Merge will be critical for enterprise adoption. Dan Burnett, executive director of the EEA, told Cointelegraph that while L2s and sidechains have served as bandages on sustainability concerns, large organizations with environmental, social and governance goals tended to shy away from building solutions on Ethereum because of its reputation for being environmentally unsustainable. Yet, he noted that with these concerns being addressed, the Merge may enable the Ethereum business ecosystem to leap ahead.

Yorke Rhodes III, co-founder of blockchain at Microsoft and board member and treasurer of the EEA, further told Cointelegraph that the Merge will put to rest one of the main concerns for enterprises that have a big focus on environmental impact, such as Microsoft.

“This removes one of the key arguments enterprises raise when evaluating whether to build solutions on Ethereum mainnet,” he said. To Rhodes’ point, Crozier mentioned that moving to a more environmentally friendly proof-of-stake mechanism will mean that some enterprises, like Allianz, will take a second look at Ethereum.

All things considered, the Merge will likely increase enterprise interest in Ethereum due to the advancement of the network. Moreover, Rhodes believes that removing the key critique of sustainability will encourage additional movement to the Ethereum Mainnet, even if this is just as a base layer for security. “As a key step in realizing the vision of Ethereum, the ETH merge sets things up for a closer enterprise review sooner rather than later,” he said.

However, it’s important to point out that the benefits promised by the Merge won’t be seen immediately. According to Brody, it will take at least 12–24 months until privacy-enabled use cases are established following the Merge. He said:

“I hope to see pilots by the end of this year, but feedback loops and infrastructure maturity takes time. Unlike consumer applications, there’s little patience among enterprise buyers for products that don’t work on the first go-round and little willingness to experiment. Enterprise buyers are generally quite conservative, and so the cycle will take longer than consumer users.”

When Is the Best Time to Buy Appliances? Right When You'd Think