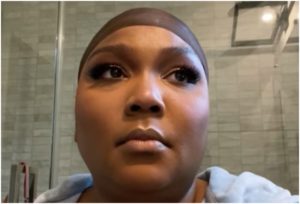 Facebook is removing hateful comments toward singer Lizzo posted on its social media platforms. Some accounts related to the trolling are being removed as well.

Some account users who break Facebook’s community guidelines around hate speech, harassment, and bullying are also being removed.

Facebook will continue reviewing reports of hateful comments on an ongoing basis.

if u managed to love yourself today I’m proud of u.

If u haven’t, I’m still proud of u. This shits hard

The singer broke down on Instagram Live on Sunday as a result of the negative comments. Many of them were fatphobic and racist, she said.

As hard as she works, she doesn’t feel like the world always loves her back.

“On the days I feel I should be the happiest, I feel so down,” she said in the video. “Like, I hurt so hard. I’ve been working triple time, quadruple time, doing like 12 hours a day of promos and interviews, doing interviews, going to the studio with a f***ing root canal…rehearsal, then filming every single day, shooting a documentary and I’m still writing music.”

She continued, “It’s like it doesn’t matter how much positive energy you put into the world, you’re still going to have people who have something mean to say about you. And for the most part, it doesn’t hurt my feelings; I don’t care. I just think when I’m working this hard, my tolerance gets lower. My patience is lower. I’m more sensitive, and it gets to me.”

Lizzo said she believes people’s hatred goes beyond not liking her music.

During the live stream, she said she’s going to focus on positive comments moving forward. She also stated that she wouldn’t accept any more hatred toward Black women.

“What I won’t accept is y’all doing this to Black women over and over and over again—especially us big Black girls,” she said. “When we don’t fit into the box you want to put us in, you just unleash hatred on us. It’s not cool.”