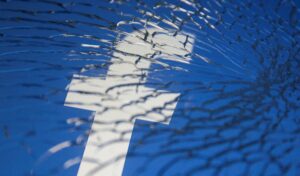 Meta, the parent company of Facebook and Instagram, will examine whether its platforms treat users differently based on their race.

“There are a lot of members of systemically and historically marginalized communities who feel that their experience on our platforms is different,” Roy Austin Jr., vice president of civil rights at Meta, formerly known as Facebook, told NPR.

Facebook, now known as Meta, will begin its investigation by tracking the race of its users, which Austin called “a huge step to moving from the anecdotal to the data-driven.”

Austin added that tracking its users’ racial makeup will allow the social media giant to determine if people’s experiences on their sites differ due to race. To not violate the privacy of its users, Meta released a paper describing how it will combine estimates based on users’ ZIP codes and last names with surveys where people identify their race or ethnicity.

A 2020 civil rights investigation commissioned by Facebook and conducted over two years by independent auditors slammed the social media site for putting free speech before other values. The auditors added the company and its CEO Mark Zuckerberg made several “vexing and heartbreaking decisions,” including its refusal to curb former President Donald Trump’s posts and exempting politicians from fact-checks in their posts.

Austin, a civil rights lawyer who worked in the Obama administration, was hired by Facebook in response to the investigation. According to Austin, the most significant change the social media site has made was creating a 10-person team he leads that understands civil rights, voting, and civic engagement.

Still, some, including the Anti-Defamation League, believe Facebook’s latest moves aren’t enough, and more needs to be done.