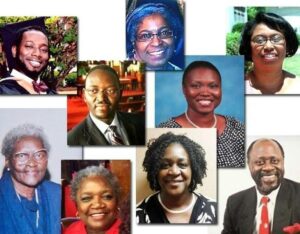 The Justice Department has reached a massive $88 million settlement with the families and surviving victims of the Charleston church massacre.

On Thursday, the DOJ settled lawsuits filed by survivors and family members of the victims of the deadly 2015 church shooting in Charleston, SC, NBC News reported. The settlement issues out $63 million for families of the nine people killed in the racist mass shooting and $25 million for survivors.

“The mass shooting at Mother Emanuel AME Church was a horrific hate crime that caused immeasurable suffering for the families of the victims and the survivors,” Attorney General Merrick Garland said.

“Since the day of the shooting, the Justice Department has sought to bring justice to the community, first by a successful hate crime prosecution and today by settling civil claims.”

Survivors and families of victims in the June 2015 attack first filed a lawsuit in 2016 against the Justice Department, NPR reported. They accused the FBI of negligence that allowed Roof to buy the gun he used in the attack due to the federal law at the time that barred Roof from possessing a firearm.

“The funds made available to these families will help accommodate their material needs, but the depth of their loss of cherished loved ones, and the continued mental anguish caused by their vivid memories of helplessly watching the racist slaughter of family and friends, cannot be assuaged by money alone,” a representative for the survivors said.

Invest Confidently With These Trading And Analysis Courses