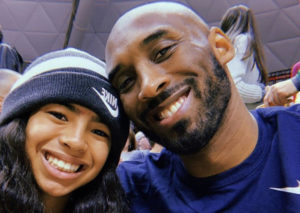 The Los Angeles County Board of Supervisors approved a financial settlement with two families whose relatives died in a helicopter accident that involved retired Los Angeles Lakers basketball player, Kobe Bryant in January 2020.

According to NBC News, a $2.5 million settlement was approved by the Los Angeles County Board of Supervisors for the Mauser and Altobelli families on Tuesday. Both families filed a lawsuit last year against Los Angeles County alleging that employees “showed off” pictures of the scene of the deadly helicopter crash. Christina Mauser, 38, who was an assistant coach for Team Mamba, died in the crash, and three members of the Altobelli family, Alyssa, 14, John, 56, and Keri, 46 passed away.

The Mauser, Altobelli, and Bryant families filed lawsuits stating the leaked photos caused them severe emotional distress. The Mauser and Altobelli families have both agreed to settle for $1.25 million each. Both sides have to wait for the settlement to be approved by the court.

Bryant’s lawsuit will take place next year unless a settlement is reached before the court date. After asking that Kobe Bryant’s widow, Vanessa Bryant, take a psychiatric exam as part of her lawsuit against Los Angeles County, a federal judge denied the request.

According to The Associated Press, Los Angeles County attempted to have Bryant and others submit to psychiatric evaluations to determine if those who are testifying in the case suffered emotional distress over photos of the crash scene and bodies at the site of Kobe and their daughter, Gigi’s death.

Bryant is suing because photos were taken and shared by county sheriff’s deputies and firefighters.

Last year, attorneys for Vanessa Bryant filed a wrongful-death lawsuit against the company that operated the helicopter that caused the deaths of her husband, 13-year-old daughter, and seven other passengers. Bryant’s complaint, filed in Los Angeles County Superior Court, is against Island Express Helicopters, Island Express Holding Corp., and the pilot’s estate, Ara Zobayan.

The wrongful death lawsuit stated that the pilot was negligent by flying in foggy and cloudy conditions on Jan. 26, and he should have aborted the flight.