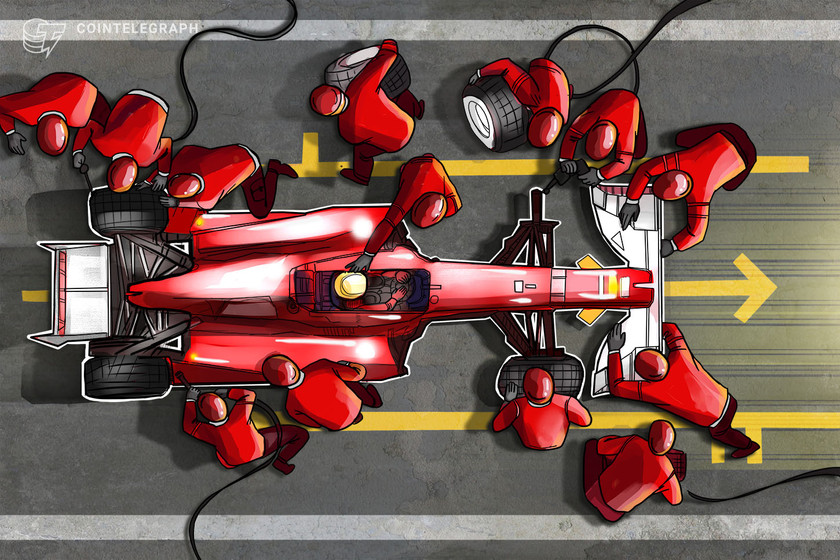 Scuderia Ferrari, the racing division of luxury carmaker Ferrari, joined the growing list of Formula One racing teams to end partnerships with their cryptocurrency sponsors. Ferrari exited its multi-year partnership deals with Velas Blockchain and chip manufacturing giant Snapdragon, resulting in a cumulative $55 million loss for the Italian team ahead of the 2023 season.

The Ferrari-Velas partnership from 2021 — set at $30 million a year — was aimed at increasing fan engagement through nonfungible tokens (NFTs) and other shared initiatives. However, the team was noncompliant with the clauses that permit Velas to create NFT images, according to RacingNews365.

On November 2022, Mercedes, too, bore a loss of $15 million after suspending its partnership with FTX as the crypto exchange filed for Chapter 11 bankruptcy. Red Bull Racing’s partnership with Tezos Foundation suffered a similar fate as the blockchain company reportedly decided not to renew its agreement citing strategy misalignment.

Toto Wolff, the team principal and CEO of the Mercedes-AMG Petronas F1 Team, warned that other teams could come across a similar situation. However, the relationship between F1 and the crypto ecosystem spans beyond partnerships. On October 2022, Formula One filed ‘F1’ trademarks as it revealed plans to set up an online marketplace for cryptocurrency, meta tokens, digital collectibles, crypto-collectibles and NFTs.

Amid a bear market, Web3 projects have taken up the lead to strengthen engagement between fans and sports leagues.

Deloitte’s “2022 Sports Industry Outlook” report predicted an acceleration in the blending of real and digital worlds, along with growing markets for NFTs and immersive technologies. As Cointelegraph reported, the lack of easy-to-use platforms stands as the biggest challenge for mainstream adoption.