Recently, we’ve spent the last who knows how long, re-playing Pokémon Blue, Red, and Yellow on the 3DS Virtual Console, and bingeing the original Pokémon animated series on Netflix alongside this, and what a time I’ve been having! Netflix is rumoured to be planning on making a live action Pokémon series, too, and this won’t be the first time Netflix have adapted a gaming franchise, with both Castlevania and The Witcher proving wildly successful as animated and live action series respectively, not to mention the recent CG Resident Evil series.

Playing those classic Pokémon games, and watching a series based on them had us at Nintendo Life thinking, what other Nintendo franchises would we love to see turned into a series? Below we’ve listed nine franchises that we think would make great shows. Some are popular mainstays in the Nintendo universe, others are forgotten gems that could do with a comeback.

Okay, we’re going to apologise now because we’re only going to be talking about Fire Emblem: Three Houses.

Awakening helped ‘save’ the series and increase its fanbase, but Three Houses helped showcase the potential of the franchise on a home console for people who missed out on the GameCube and Wii entries. The handful of fully animated cut scenes in the game are so, so beautiful, how can you not want a Fire Emblem series? There are multiple story routes, too, which leaves endless possibilities for an animated narrative to follow.

Aside from the main story, we would like to potentially see ‘specials’ which focus on each house and the students within, exploring their backgrounds and relationships — similar to the support conversations, but more fleshed out. We’d pay good money to know everything and anything about our girl Hilda, and we imagine any Three Houses fan would feel the same about their best guy or gal. Another option could be to fully animate the paralogues and the story of the characters involved in them. We would love to know more about Seteth and Flayn, and their life before they came to the monastery.

The real question is this: Which form of Byleth would it feature?

We know, we know, the licensing alone would make the virtually impossible, but we can dream, can’t we!? From the opening of World of Light to all the character reveals we have seen over the last few years, the possibilities of a Super Smash Bros. video game crossover series are endless.

Yes, the licensing would make it impossible for several characters to feature, but even with just the Nintendo-owned roster, it would be insane to wrangle them all. We reckon a fully animated Master Hand and Crazy Hand would make for some excellent physical comedy sections, though, and there would be many, many interactions that would just be super fun to watch play out.

Our boy Kirby can just be there sucking everyone up whenever he (he? Apparently so) wants to, as well. See? Endless comedy potential.

We have children who are obsessed with Mickey and the Roadster Racers. When we first sat and watched this with them, we thought how can they make a narrative around racing with characters that aren’t known for racing? Turns out it isn’t too hard at all!

This series could be focused on a ‘World Tour’ — more like the mobile game — where Bowser or any chosen villain is trying to prevent Mario and friends from winning, or even finishing the races in the Grand Prix. We don’t know anyone who hasn’t played Mario Kart, so we think a series would be fun especially for a younger audience, introducing them to some characters who aren’t usually the focus in most Nintendo games. 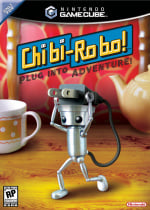 If you didn’t think you’d be reading about us advocating for more Chibi-Robo, you’re obviously not paying attention to how much we love the little guy.

The GameCube Chibi-Robo game takes place in a home where the eponymous little robot dude has been purchased as a birthday gift for a quiet eight-year-old girl called Jenny. We could see this as an opportunity to give Chibi-Robo the heart we already know this ‘Tin-Man’ has; to bond with Jenny is a Wall-E-esque fashion and help her in more than just a work capacity that he was purchased for.

It would be adorable, and we definitely wouldn’t cry like we have watching Luca every day for the past month. Kids, eh? They’ll get ya right in the feels. Well, kids and Pixar. And Chibi-Robo.

Hey Nintendo, why is there not a new Kid Icarus game on the Switch? Or at least a port of the 3DS game. Kid Icarus: Uprising? For those who played, it was a beautiful game which really showed off the potential of the 3DS. It also introduced many people to Pit, Palutena, Medusa, and many more.

A fantasy world based around Greek Mythology leaves such an open world of possibility to turn into an incredibly dramatic series. A series could be just what Pit needs to stand out as more than just a Smash character to wider audience. And you can’t have a series without a tie-in game, can you? Right? Right?

Let’s be honest, who wouldn’t want to watch anti-hero, Wario, have his own series, causing trouble and mischief!?

A lot of Wario’s games have been focused on him hunting for treasure and loot, with the goal for him to waft his way to becoming the richest man in the kingdom (or at least richer than Mario). And of course, we need to have Captain Syrup as the antagonist of the story, who appears to be one step ahead of Wario and his schemes. WarioWare: Get It Together! looks to showcase the colourful cast of characters that have featured in his micro-games like never before, and we’d jump at the chance to see 9-Volt on TV, too.

Over the past eighteen months, and during lockdown, we alternated between one of two characters: we either got into the best shape of our lives, or we spent all our time bingeing everything and anything our eyes could consume. We were mostly the latter, and really could have done with sinking all those hours into Ring Fit Adventure instead of trying to breed a perfect IV, shiny Obstagoon.

Just as most people thought when they played RFA, this is much more than just a fitness game. We could see this becoming an adventure/educational series in which alongside a narrative where there are maybe obstacles to complete to defeat an enemy or overcome an issue, the Ring Fit Trainer could explain which muscles are used, why they’re important and how these actions can be used to get fit.

We would imagine it being quite similar to the Japanese anime How Heavy Are the Dumbbells You Lift? but instead of weight training, it would be fitness.

Excitebike is a long forgotten Nintendo franchise that hasn’t seen much love in recent years. We could see a competitive, glory driven narrative where returning characters from Excitebike 64, such as “Jumpin Jim” Rivers, or “Tricky Ricky” Stern, battle it out to be the Excitebike world champion.

The platforms that this franchise appeared on were visually limited compared to today’s potential, so an animated series could really show off how exciting a bike can be!

Have you every watch Rocky? How about the anime Hajime No Ippo? If your answer is ‘yes’ to either of these, then you know how gripping and beautiful a boxing narrative can be. This is one of the few on this list that we wouldn’t mind having as a live action series or an animated one. Of course, some rivals from the original game series wouldn’t make the cut in a modern series, but this is opportunity to maybe introduce some new characters to kick start a new upcoming game.

If we’re dreaming, then why not throw in an Arms crossover? Wonder how Little Mac would fare against Spring Man or Min-Min?

These are just a handful of franchises that would make great shows for us all to binge and fall in love with, but there are many more that are not listed on here. What franchises would you like to see turned into a series? Let us know in the comments. 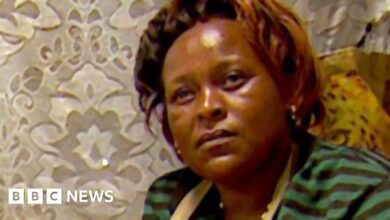 Kenya's cost-of-living crisis: 'I can't afford rice for my children' 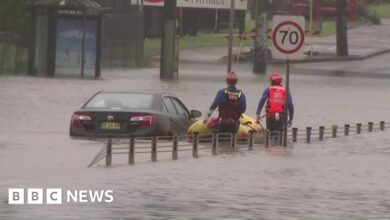 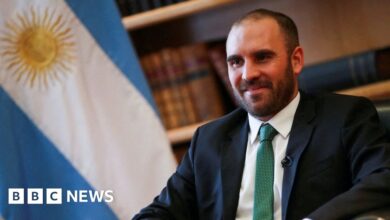 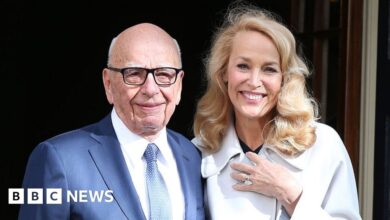