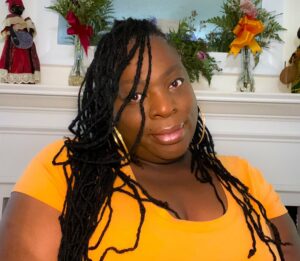 A transgender Black woman has become the first appointed to the Presidential Advisory Council on HIV/AIDS (PACHA). Ensuring her community is represented and served is among her priorities.

Tori Cooper, PACHA’s new appointee, told NBC, “One of many priorities I have is certainly to be a voice for trans people, gender-nonbinary people, and gender-expansive people, making sure that our voices are heard,” she stated. “And simply making sure that all policies that we’re looking at are inclusive of folks and that the HIV movement takes a much more inclusive and diverse trajectory moving forward.”

Cooper, 51, is bringing 30 years of advocacy experience with her to the position. About 20 years ago, she worked on a Centers for Disease Control and Prevention program called Sister to Sister.

“That was the beginning of it, and it’s just been going ever since, full speed ahead,” she said.

Today, in addition to PACHA, she serves as the director of community engagement for the Human Rights Campaign’s Transgender Justice Initiative.

The CDC conducted an HIV study among trans women in seven U.S. cities from 2019 to 2020. According to the results, 62% of Black women, 25% of Hispanic/Latina women, and 17% of white transgender women were living with HIV.

“As a Black trans woman who has an ‘F’ on her ID, what it does is it makes it easier for my provider to write prescriptions for gender affirming healthcare,” she said.

Cooper explained that there’s less room for pushback from insurance companies when there’s an accurate gender marker. Some companies, for example, won’t cover mammograms for trans people whose ID still lists their gender birth, she said.

Cooper said she’s looking forward to these issues being resolved.

How to Avoid the Financial Blunders People Make in Their 20s

343 Industries Head On Bringing Master Chief To Life In New Halo TV Series, "We Want To Do Something New"