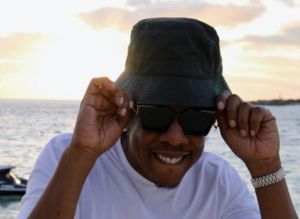 Jay-Z may have spilled some long-overdue tea on the long-running beef between him and former Roc-A-Fella associate and bestie DeHaven Irby.

On Drake’s latest joint, “Certified Lover Boy,” on the track “Love All,” Jigga dropped a verse that raised eyebrows.

“N*ggas wanted to kill me and y’all still with ’em. N*gga, y’all chill with ’em, and y’all wonder why we not friends,” Jay-Z rapped.

Irby took to his Instagram to expound on what happened between the two men.

“I could recall one of the worst positions that Jay put me in, that severed our relationship and our friendship.  I had got locked up on a parole violation.  And when I was locked up, Jay just pulled a funny ass move, and he violated.  And he did that and went behind my back he got caught.  It was some small sh*t, but it meant something because his life almost got took behind that sh*t.”

In a 2007 interview with Vulture, Irby revealed that much of the life Jay-Z rapped about– he didn’t actually live. He insinuated that the Brooklyn rapper was a low-level dealer and nothing like the kingpin Jigga portrayed himself to be.

“​​​​I’m telling you he overexaggerates. He was there to see things, but doing some big-time Frank Lucas–type thing? No,” Irby explained, “He nickled and dimed, but nothing on a major scale. He definitely didn’t sell nothin’ in Marcy. Spanish Jose, who he mentions a lot [in his songs], was a friend of mine. Jay didn’t have no affiliation to Spanish Jose.”

The former cocaine dealer even alluded to Jay-Z admitting that he appropriated Irby’s life.

“He’s been talking about me since day one, on a lot of his albums. He mentioned me on “The Black Album”, and I hadn’t seen him in years.”

In an interview with Moguldom, Irby lambasted his former homie over Jay-Z allegedly abandoning him in 1998 when the former felon faced indictments for federal drug charges.

The rapper hasn’t responded to Irby.

Tales Of Monsterland Is Yet Another New Game Boy Game, And It's Getting A Fancy Limited Edition