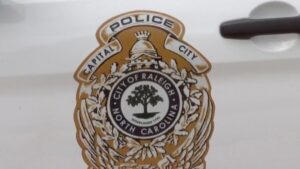 After being accused of framing Black men by falsely implicating them in the selling of heroin, a former police officer in Raleigh, North Carolina has been terminated for his illegal actions.

According to The News and Observer, a former Raleigh, North Carolina police officer has lost his job because of allegations of framing many men when he falsely accused them of selling heroin which resulted in the men being unlawfully arrested.

The police officer, Omar Abdullah was fired last week on Oct. 28 by the Raleigh Police Department. The news of his firing came several weeks after it was announced that a financial settlement of $2 million was granted to a group of 15 Black men from the city of Raleigh as part of a federal civil rights lawsuit.

Raleigh PD detective Omar Abdullah has been FIRED after being accused of planting fake heroin on a group of Black men. The men who were targets of Abdullah’s actions spent a combined 2.5 YEARS in jail before the fraudulent charges were dismissed. https://t.co/NtgqOpkZ7z

The lawsuit alleged that Abdullah and several other police officers worked with a confidential informant to frame the plaintiffs on drug trafficking charges.

According to ABC 11, last year, a confidential informant was allegedly paid by Abdullah to provide police officers with information on Raleigh heroin dealers. But, according to the district attorney, the suspect gave them voice recordings and video clips of narcotics buys that were missing key components. After being tested in a lab, the material submitted was found to not be drugs.

The lawsuit also stated fake heroin was planted by Abdullah and other police officers reportedly knew this was occurring. The attorneys representing the plaintiffs stated the wrongful prosecutions affected the men who were arrested and spent approximately a combined 2.5 years in jail before the charges were dismissed.

Wake County District Attorney Lorrin Freeman said there has not been any evidence that proves Abdullah knew the drugs were fake.

“We want to ensure that every detail has been considered prior to closing the matter due to the serious nature of the allegations,” she wrote in a text received by The News & Observer. “As I’ve stated previously a conclusion that there is insufficient evidence of criminal intent by Detective Abdullah is not the same thing as saying there are not grave concerns by me of the way this matter unfolded.”