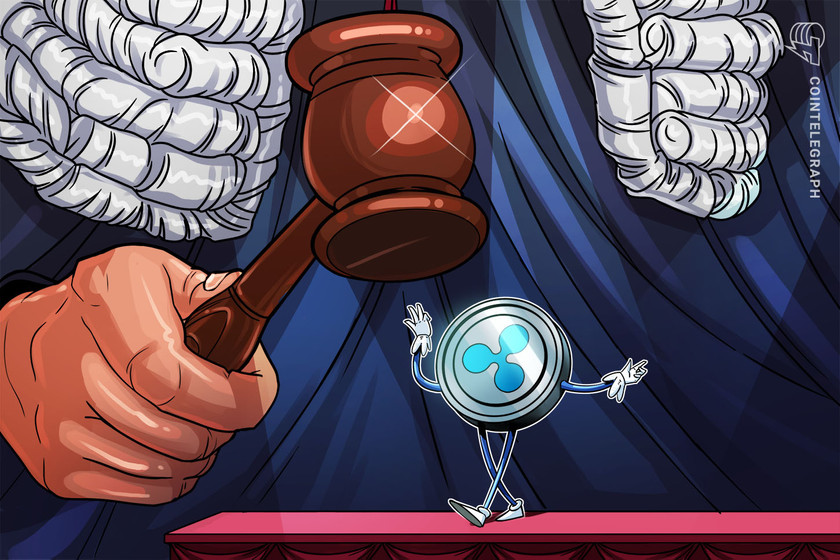 A former executive from the Securities and Exchange Commission believes the regulator has a good chance of losing its $1.3 billion lawsuit against Ripple “on the merits” of the case.

Attorney Joseph Hall also voiced concerns over what the SEC’s endgame could be regarding the high-stakes case against Ripple (XRP), which will have ramifications for the entire industry.

The lawsuit alleges that the company and its co-founders, Brad Garlinghouse and Christian Larsen, failed to notify the SEC about its sale of XRP beginning in 2013, and that the tokens are unregistered securities. The SEC is trying to prove that securities fraud took place as a result.

Hall, a former Managing Executive for Policy at the SEC appeared on the Thinking Crypto podcast with host Tony Edward on Feb. 22 where he said:

“I’m not entirely sure what the SEC is planning on proving in the XRP litigation.”

The implications for the SEC and for the crypto industry as a whole are massive. As Hall puts it, “the SEC has a lot riding” on the case, and “their entire regulatory project could be basically shut down if they lose on the merits” of the case.” He continued:

“And I continue to think there is a pretty good chance that (the SEC) will lose on the merits.”

Hall believes that Ripple has a strong defense on the basis that the SEC failed to give fair notice of its investigation. The SEC is required to notify individuals and corporations that they are being scrutinized.

“I’m very sympathetic to that argument. It’s a basic due process argument. The Ripple network was operating for years before the last minute filing of a lawsuit against them.”

Another attorney who has been following and commenting on the Ripple case for some time, Jeremy Hogan, also believes that Ripple’s fair notice defense will be strong enough to keep it out of the proverbial fire. In a Feb. 23 tweet, he cited a precedent from the case the SEC brought against Library Credits (LBRY) last March which was stricken because the SEC failed to give fair notice.

Uhhmm… In the LBRY case, LBRY actually asserted a Fair Notice Defense and not only did it not get stricken, the SEC didn’t even TRY and strike it.

So, how a trial level court striking a completely different affirmative defense in that case is relevant… I don’t understand. https://t.co/g9XuBWr4Ob pic.twitter.com/X0OSRecUdB

Related: Binance.US is under investigation from SEC over trading affiliates: Report

The Ripple case could have effects that set the tone for investigations and litigation in cases regarding cryptocurrency for the foreseeable future once a ruling is made. If the SEC wins, it could begin a deluge of new investigations and court cases against crypto projects. If Ripple wins, it could force the SEC to drastically curtail attempts to go after the crypto industry.

A Simple, Super Effective Shortcut to Loving and Respecting Yourself