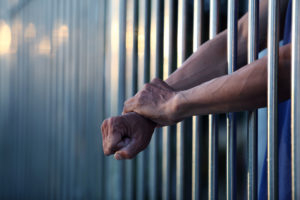 On Monday, a former sheriff’s deputy was charged with pouring dangerously hot water on a mentally ill inmate at a jail in Southern California, NBC News reported.

Former Orange County sheriff’s deputy Guadalupe Ortiz was charged with two felonies, assault or battery by a public officer and battery with serious bodily injury, after causing first-and second-degree burns on the inmate that went untreated for more than six hours.

Ortiz was a 22-year veteran of the department prior to being fired on Friday. The termination came months after the April 1 incident where the former deputy was working as a custodial deputy at the intake release center at a Santa Ana jail. An inmate refused to comply with another deputy’s orders to remove his hands from the hatch of a door.

Ortiz and a second deputy stepped in to help the deputy. When the inmate again refused, Ortiz responded by filling up a cup with hot water and pouring it on the inmate’s hands. Over six hours later, the inmate, whose arms were peeling, asked another deputy if he could receive medical attention.

Ortiz served as a deputy for 19 years, and previously as a sheriff’s special office, before his termination last week, KTLA reported.

“The law imputes a special duty of care on custodial personnel and in this case the sheriff’s deputy completely breached that duty and crossed the line into criminal conduct,” Spitzer said.

“It is my responsibility to hold Sheriff’s deputies and other jail staff accountable when they fail to properly protect those in their care. And now a deputy is throwing away a 22-year-career for inflicting unnecessary harm on a mentally ill inmate out of frustration.”

Ortiz’s arraignment is scheduled for Jan. 11, 2022. He faces a maximum sentence of four years in prison if he is found guilty of the two felony charges.

How to Become a Babysitter or Nanny