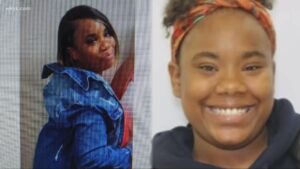 Last week a 22-year-old woman’s body was found in a basement of a house in Cleveland. The victim was kidnapped, tortured, and then killed and left at the abandoned home. Four suspects have since been arrested and arraigned for the heinous crime committed against the young woman.

According to Cleveland.com, four out of seven suspected killers were arrested in connection to the killing of Alishah Pointer. Police officials have stated that Pointer was tortured, slain, and left in the basement of a burned-out home where her body was discovered on Nov. 9.

Earlier this week, a judge set bond at $2 million for the four suspects charged in her killing.

The suspects are Portria Williams, 30; Nathaniel Poke Jr., 22; Anthony Bryant, 18; and Brittany Smith, whose age was not disclosed. All four are charged with murder in connection with Pointer’s death.

There are three more suspects in the woman’s death. Two have already been arrested but have not appeared in court yet. Those suspects are Indya Pauldo, whose age was also not disclosed, and a 17-year-old girl. A seventh suspect, Hakeem Ali-Shomo, whose age also wasn’t disclosed, is still wanted in connection with the killing.

News 5 Cleveland has reported that the Cuyahoga County Medical Examiner ruled Pointer’s death as a homicide. She died from gunshot wounds.

Investigators stated that Pointer’s killers kidnapped two women and held one of them at gunpoint. They then made one of the women drive directly to Pointer’s home to get her to go with her. Police officials stated that was when the killers abducted, tortured, and shot her.

It is believed that the group abducted Pointer to force her to give up information about her boyfriend, who is suspected of being involved in the Nov. 2 killing of Aminjas Shomo in Cleveland’s Broadway-Slavic Village neighborhood.

Pointer’s body was found in a home in the 14500 block of Savannah in East Cleveland.