There are many different methods you can use to calculate body fat percentage.

Here are the most common body fat measurement methods, in order from most accurate to least accurate.

DEXA is the most accurate method of body fat measurement, but one downside is that it’s not readily available in every geographic area, and it can be relatively expensive compared to other methods.

This method involves first being weighed, then being weighed again while submerged in water. Because fat is less dense than water, a person with more body fat will weigh less under water.

This is also a very accurate way to measure body fat percentage (it was the gold standard before DEXA), but it’s not commonly used outside of research settings. (It requires a deep hot tub-looking tank and, fun fact, an autopsy scale.)

A machine estimates body fat percentage in a way similar to hydrostatic weighing, only using air pressure instead of water.

This method is relatively accurate and more readily available (more and more gyms have them now), but is more expensive than the less accurate options below.

A caliper is used to measure the thickness of the fat and skin in several areas of the body. Then, those numbers are plugged into a formula to determine body fat percentage.

Also, this method may not be accurate for those with very high levels of body fat.

While it isn’t the most accurate approach, it is one of the easiest and doesn’t require special equipment (other than a measuring tape).

This method is especially useful to measure progress over time, as changes in girth can indicate changes in muscle mass and body fat.

Scales that measure body fat percentage use this method. Essentially, the scale sends an electric current through your body and measures the resistance.

The problem: This method can be sensitive to hydration status. (So your results could fluctuate even on the same day.)

Changes in weight may reflect body fat loss or gain, but a scale won’t tell you whether weight gained or lost comes from muscle or fat.

What’s the deal with the three body fat formulas?

We then average all three to give you a solid idea of where you stand. Each body fat percentage formula has its benefits and drawbacks, which is why we use all three to come up with a more realistic estimate.

But let’s explore this a little more.

Say a million random people use the calculator. Odds are, 950,000 of them will find it provides a pretty believable estimate.

At the same time, it could be way off—or totally unbelievable—for 50,000 of those folks.

Think of it this way: In the general population, there aren’t a lot of people— percentage-wise—built like an NFL linebacker.

Or you might fall on the other end of the body composition spectrum.

Formulas—like the ones in this body fat calculator—that have been developed to estimate body fat percentage from circumference measurements simply aren’t sensitive enough to account for all body types, particularly those that are furthest away from the average.

But… they’re the best formulas we’ve got based on scientific research.

Again, these numbers don’t define you. They’re just data you can use to measure changes over time.

Your age, sex, and ethnicity impact your results.

People vary widely in their body shapes and sizes. We’re all unique individuals.

In addition, several other factors influence your body fat percentage and body fat distribution, including:

As you age, you tend to lose lean mass and gain body fat. You also tend to accumulate more visceral fat.

On average, males and females tend to have different levels of body fat. Plus, that fat is often distributed on their body differently, thanks largely to the effects of hormones.3,4,5,6

Males generally tend to gain fat more around the middle.

Females tend to gain fat more around their lower bellies, hips, and thighs as well as in breast tissue.

However, males whose bodies convert testosterone to estrogen more easily may also put on fat in breast tissue and around their hips and thighs, similar to a typically female pattern of fat distribution.

Males and females tend to differ in how much body fat is optimal for health, function, longevity, and performance.

And, on average, males tend to have more lean mass across their lifespan than females.

What if I’m intersex or trans?

To date, there are no reliable calculations for people who are intersex or transgender. (This is due to a lack of scientific data in this area.)

Typically, the most accurate guess will come from using the body composition calculations that are closest to a person’s current hormonal profile.7,8

Supplemental hormones such as estrogen and testosterone will, over time, affect lean mass and body composition.

Trans men who have been supplementing testosterone for at least six months, and have had top surgery to eliminate breast tissue, may find the male body composition equation to be most accurate.

Trans women who have been supplementing estrogen for at least six months may find the female body composition equation to be most accurate.

There may be meaningful differences between ethnic groups.9,10,11,12,13

This occurs both in terms of how accurately the body fat calculation’s estimate represents reality, and also for predicting health and disease risk.

For instance, people with some types of South and East Asian ancestry may have a higher risk of metabolic disease (such as cardiovascular or Type 2 diabetes) at a relatively lower level of body fat compared to someone of Western European descent.

And people from populations who typically have heavier and denser bodies—such as many indigenous South Pacific peoples—may be categorized as “obese” or in a higher-risk category, despite this body type not being associated with negative health effects for them.

Don't Miss This One: "31 Days to Build a Better Blog" Workbook 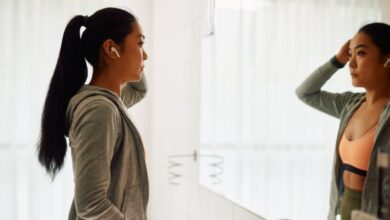 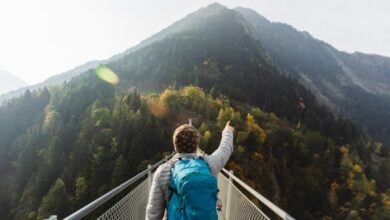 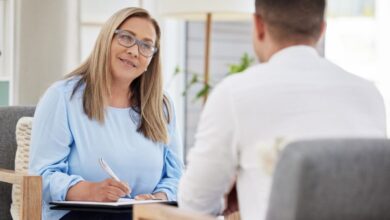 Answers to the 8 Most Common Stress Questions 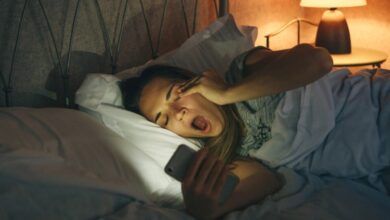 Answers to “Why Can’t I Sleep?” and Other Sleep Problems